What will the bomb cyclone in the Midwest mean for Philly? 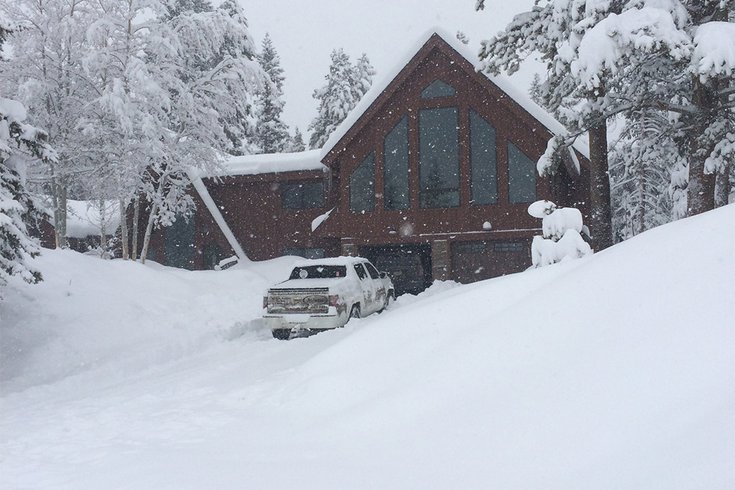 The snow was already piling up in Breckenridge, Colorado last week, before the bomb cyclone hit the state on Wednesday.

Dangerous, impassable roads in many areas.

That's the scary scenario in some midwestern states as a major blizzard hit Colorado Wednesday, with non-stop snow and damaging winds. The Denver airport is closed and hundreds of Wednesday and Thursday flights were canceled. (The airport posted video on its Twitter page showing the complete whiteout.)

Perhaps an all-time record-low barometric pressure for Kansas will be set as the storm moves through the state, according to AccuWeather. (The current state record is 28.68 inches of Mercury – 971.2 millibars – set in 1973.) By the way, the lower the barometic pressure drops, the more intense the storm. 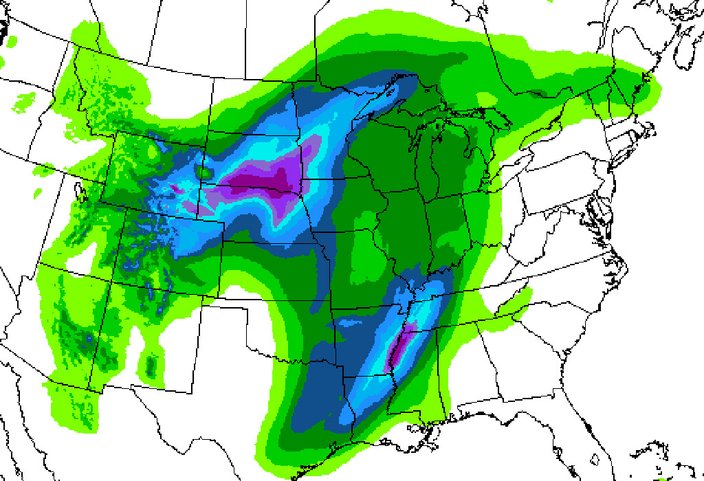 A bomb cyclone will bring blizzard conditions to some states in the Midwest before the storm systems heads to the northeast.

But Kansas is 1,000 miles west of Philadelphia. What will happen when the bomb cyclone moves east?

The National Weather Service says the weakened storm will pass to our northwest, and head to Canada. (So perhaps no mid-March snowstorm this year.)

In fact, milder temperatures prevail for a while (hello, spring!?). A bit of rain is possible Thursday, and then heading into Friday with high temperatures near 65, a higher chance of precipitation and the potential for thunder, forecasters said.

The weekend, however, looks to be mostly sunny and dry, with temperatures falling through Sunday to a low around freezing that night.

On Monday morning, some light wintry precipitation is possible as temperatures remain chilly (though forecasters say they will be keeping an eye on this storm with significant discrepancies among weather models this far out.) Much of the rest of next week looks to be 5-10 degrees colder than normal, forecasters said.

Thursday night: A chance of showers, mainly after 3 a.m. Mostly cloudy, with a low around 52. South wind around 10 mph. Chance of precipitation is 40 percent. New precipitation amounts of less than a tenth of an inch possible.

Friday: A chance of showers, then showers and possibly a thunderstorm after 9 a.m. High near 65. South wind around 14 mph, with gusts as high as 24 mph. Chance of precipitation is 90 percent. New rainfall amounts between a tenth and quarter of an inch, except higher amounts possible in thunderstorms.

Friday night: Showers and possibly a thunderstorm before 9 p.m., then a chance of showers. Low around 44. Chance of precipitation is 90 percent. New precipitation amounts between a tenth and quarter of an inch, except higher amounts possible in thunderstorms.

Saturday: Mostly sunny, with a high near 50.

Saturday night: Mostly clear, with a low around 33.

Sunday hight: Partly cloudy, with a low around 33.

Monday: A chance of rain and snow. Partly sunny, with a high near 43. Chance of precipitation is 30 percent.

Monday night: A chance of rain. Partly cloudy, with a low around 31. Chance of precipitation is 30 percent.

Tuesday night: Mostly clear, with a low around 31.

Wednesday: Mostly sunny, with a high near 49.