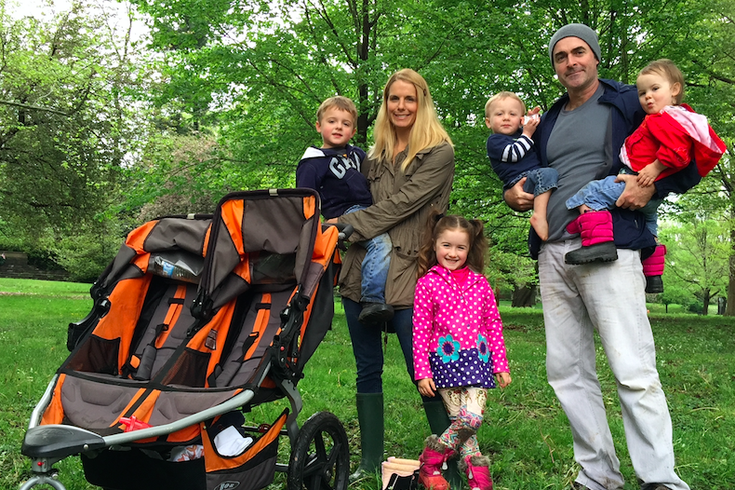 On Wednesday afternoon, Joyce Brady sat on the couch in her East Falls rowhouse. Despite noisy utility-company roadwork outside, her 2-year-old twins – James and Claire – had just gone down for their naps.

It was dreary outside, so 5-year-old Bridget and 3-year-old Patrick distracted themselves with toys in the living room as their mom explained why her neighborhood needs a new centrally located playground for families like hers.

She hearkened back to her childhood in Northeast Philadelphia, when her mom turned their basement into a playground wonderland. Swings from the rafters. Murals. An old fridge laying on the ground serving as a make-believe cruise ship for her and a half dozen siblings to imagine “sailing away to far-away places beyond those four concrete walls.” Happiness.

To be sure, East Falls is not a playground-free zone. In fact, there are a pair of recently upgraded ones within a mile of that living room.

McDevitt Rec Center's playground, which recently underwent a $300,000 upgrade, and Inn Yard Park each sit roughly 0.8 miles away from the Brady home. The walks to each respectively feature sidewalk-free sections or steep hills for the contingent to navigate. As a result, most folks drive instead of hoof it.

“It’s somewhere that my, and my community’s, children could be safe, within walking distance of home.” – Joyce Brady, McMichael Park playground supporter

There’s also one at nearby William Penn Charter School, but it's closed to the public during the school day and, at times, during summer-camp season.

Three blocks away from the house, though, sits a lush, tree-adorned square-block oasis in the shadows of the home where Grace Kelly grew up.

McMichael Park sometimes hosts flea markets. Each holiday season, a chorus performance by candlelight draws a sizable crowd. There is a pair of “playground” signs there, too, yet no playground but for a knee-high turtle statue in an enclosed circle with limited play space. It is a refreshing sight amid the urban density that defines parts of Philadelphia not called Fairmount Park. 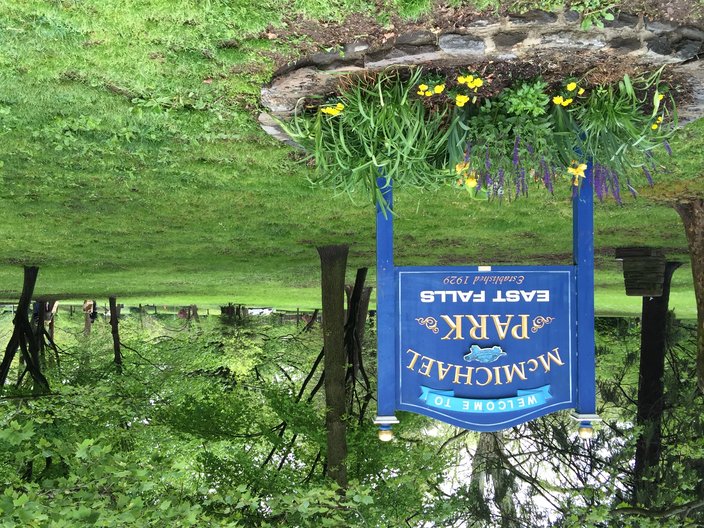 When Brady thought about her basement paradise – memories brought back when her mother passed away several months back – she immediately knew that McMichael is where she’d want it to go.

At the core of her argument is the fact that many families leave the neighborhood when their children hit kindergarten age. While school options are the primary driving force since St. Bridget School closed several years ago, amenities including gathering places like playgrounds factor into a sense of community that could convince people to stay, she said.

With that mission in mind, she started talking to friends and neighbors about the idea, contacted neighborhood groups and City Councilman Curtis Jones’ office, formed a McMichael Park Playground group which recently held its first meeting, posted on message boards like NextDoor and created a petition online to quantify the support she heard in discussions.

What she’s found along the way is a lot of encouragement and some lingering opposition about an issue that, just a decade ago, turned neighbors against neighbors. It doesn’t seem as if she’ll let that stop her from pushing forward.

“My mother would be proud of me,” Brady said. “She fought for her life, so I’m going to keep fighting for this.”

Gina Snyder is the director of the East Falls Development Corporation. Back in 2006, she was on the East Falls Community Council’s Playground Committee. While she didn’t yet have children of her own, the committee was comprised mostly of mothers. When they surveyed for possible playground sites, “McMichael was the most desired location.”

That desire did not extend community-wide, though, with the most vocal objections coming from the Friends of McMichael Park group that had worked to turn “six acres of overgrown and forgotten ground into a neighborhood gem.”

At the time, Friends coordinator Alexis Franklin worried it would change the character of a “passive” green space and bring about issues with loitering, increased traffic and vandalism.

While Franklin – who is still with the group – told PhillyVoice this week that she didn’t “want to comment prematurely as the Friends have not really discussed” the idea’s nascent revival, commenters on NextDoor’s East Falls site echoed the decade-old sentiments. (This time, there's the added wrinkle of putting a new playground at nearby Mifflin Elementary School, which McMichael fans say would face the same issues that using Penn Charter’s during the weekday provides.)

“There are few pieces of land that are left untouched or void of developments, parking lots, buildings, playgrounds, etc.,” wrote Beth Gross-Eskin, who created a counter-petition to preserve McMichael Park as a passive park. “McMichael Park is already a perfect place to play to create a day full of imagination which is what child's play is all about. It seems unnecessary to clutter a beautiful, open space with a playground.”

The online chatter also features a lot of support for pursuing the idea again.

“A playground in McMichael is an excellent idea,” wrote Chris McCabe, who argued the same point in 2006. “Frankly, the 'turtle' has seen its day. The park is large enough for a playground and for people to enjoy open space. I live a block from the park and would have loved to take my kids there when they were younger.”

That is the backdrop for an East Falls Community Council “discussion of the proposal for a playground at McMichael Park” at its meeting on Monday (7 p.m., East Falls Presbyterian Church, 3800 Vaux St.)

In preliminary discussions with the city’s Department of Parks and Recreation and Jones’ office, Brady said she learned two important things: The city doesn’t currently have money to install a playground, and the councilman would be open for discussions if there’s ample community support behind the idea. 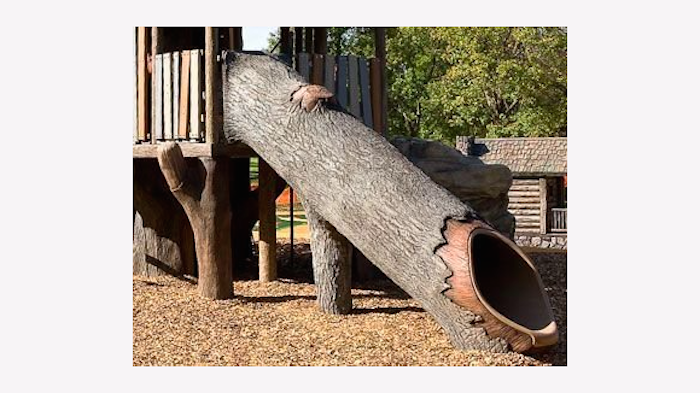 The former is why Brady plans to launch a crowdfunding effort to raise money for a “small, community-built natural playground” on a yet-determined parcel in the park. The latter led to the petition that’s garnered 228 signatures as of early Monday morning.

“Once that is presented to us,” said Joshua Cohen, special assistant to Jones, of Brady’s petition, “we will discuss and talk about the next steps.”

For Snyder, the openness of the online debate will “lead to a more full discussion than was had previously.”

“Ten years ago, we thought we were only opening the general possibility to the community, but the discussion was closed off before the conversation and details could even be developed,” she said. “My hope is that people who have concerns will look at the images Joyce is posting and will think about the positive effect bringing families to the park could have on building community here.”

Brady, whose playground group has its second meeting scheduled for May 19 (6 p.m., BuLogics Inc., 3721 Midvale Ave.), echoed those sentiments.

“We need a community gathering place. It’s the only way to meet families because the kids here all go to different schools,” Brady said. “It’s somewhere that my, and my community’s, children could be safe, within walking distance of home.”