Why Bill Maher will never run for President

"I would be the easiest candidate ever to knock out of a race." 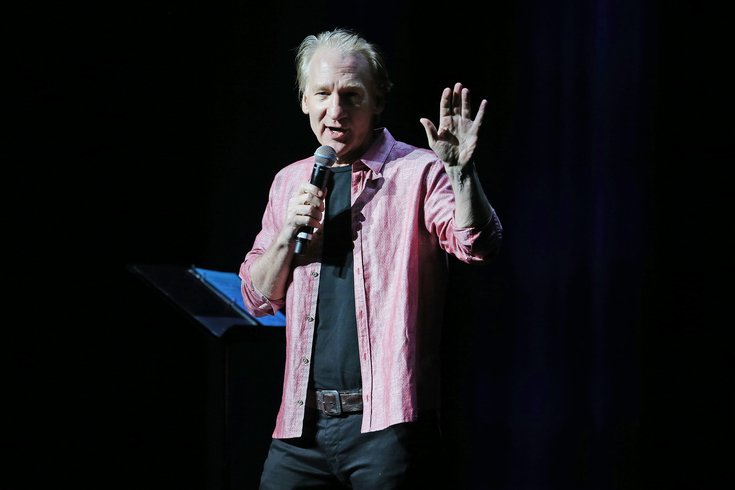 Bill Maher at the Chicago Theatre on May 6, 2017 in Chicago.

Say what you will about Bill Maher, the comic/host of HBO's "Real Time With Bill Maher" has never been afraid of expressing himself or offending anyone.

Maher, 63, lost his gig as the host of ABC's "Politically Incorrect" after commenting on the terrorists who knocked down the World Trade Center in 2001.

“We have been the cowards, lobbing cruise missiles from 2,000 miles away. That’s cowardly. Staying in the airplane when it hits the building, say what you want about it, it’s not cowardly.”

Maher who will perform Saturday at the Met, routinely takes chances. Maher talks Trump, what it was like growing up in New Jersey during the '60s and why he would never run for President.

Q: People forget that you were a comedian before you were an actor or a host of a television show.

A:  This was always what I did. This was the only consistent thing I've done since day one. I started out as stand-up. During the '80s, I did a lot of acting. I was in a lot of sitcoms and bad movies, and then I hosted "Politically Incorrect." The one thread that hasn't been broken is stand-up comedy. It's the one relationship in my adult life I've been able to maintain.

Q:  You do your show but you don't spend every weekend on the road like Jay Leno.

A: I do what I can. I'm not like Jay Leno working every single second of my life like he did when he hosted "The Tonight Show." But I love going on the road.

Q: How easy is it taking shots at Donald Trump?

A: It's like shooting fish in a barrel. Look at Donald Trump. I don't like Donald Trump.  He has sued me... People say he’s crazy but he isn’t really crazy. He’s brash and he tells it like Republicans like it told. He says, “I’ll build a giant wall to keep the Mexicans out.’ I’ll cut taxes for the rich.' He's singing the greatest hits of the Republican party.

Q: Since you're very political and are eloquent, intelligent and famous, would you ever consider running for president?

A: (Laughs.) I would be the easiest candidate ever to knock out of a race. All they would ever have to do is show any show I've ever done.

Q: It also doesn't help that you're pro-drug and anti-religion.

Q: What was it like coming of age in River Vale, New Jersey, during the 1960s?

A: I had the last "Leave it to Beaver" upbringing in America because I grew up in an all-white town. It was a world inhabited by the World War II generation, the Mad Men people. There were no race issues because there was no race [laughs] except the white one. I never did drugs in high school. I don’t remember drugs being an issue. I guess there were some degenerate kids who smoked pot, but I wasn’t in that cool group. It was so different then since teachers were absolutely sacrosanct. Nobody ever spoke back to a teacher, let alone curse at them or have sex with them, like they do now.

Q: During an interview I did with you prior to the 2008 Presidential election, I asked you who you supported, you said that you wanted someone scandal free and that was John Edwards. Not long after that chat the Edwards scandal broke. How difficult is to support a candidate since you just don't know what's happening behind the closed door?

A: It is difficult. I had no idea what John Edwards was doing in private. It shocked the country. There's no way that we know everything that's going on with these candidates.