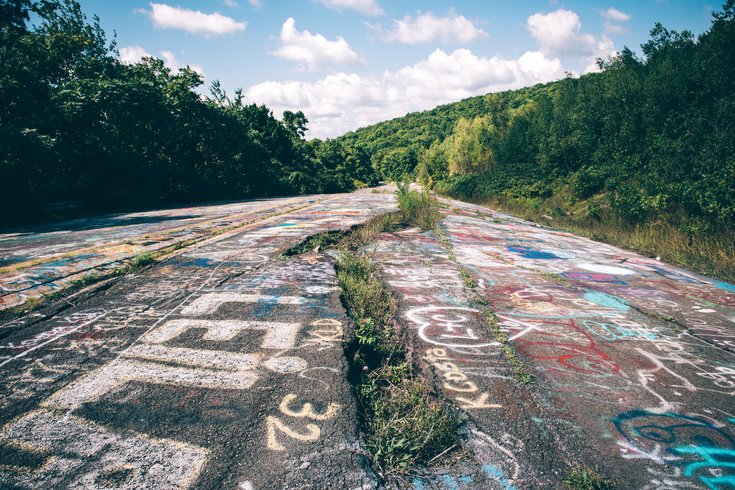 A large crack in the highway shows evidence of where steam once billowed out from beneath the asphalt.

There aren't many people left living in Centralia, the town about two and a half hours northwest of Philadelphia that was largely evacuated in the 1960s because of an underground coal mine fire, which still burns to this day.

But there are plenty of visitors, particularly those who come to visit "Graffiti Highway," the about 1-mile-long section of Route 61 that was shut down in the 1990s because of the fire.

The stretch of roadway is covered in artwork and visitors' names, a trend that is believed to have started accelerating sometime in the mid-2000s. But now, PennDOT is trying to curb visitor access to the highway, which officials say is unsafe.

In September 2016, and again in December, PennDOT replaced some "no trespassing" signs next to the highway. David Thompson, the local community relations coordinator for PennDOT, said that trespassers have been an issue in the past.

"Yes, it seems to be a growing problem," Thompson said in an email. "PSP (Pennsylvania State Police) is aware of the issues and also patrols the area."

The renewed enforcement has been met with some backlash online. A petition started by Danville resident Luke Maffei disputes PennDOT's claim that the highway is unsafe for foot traffic.

"The road itself is no more hazardous than a common PA hiking trail," the petition reads. "Graffiti Highway is an outlet of expression for artists of all kinds; it should not be shut down."

As of Wednesday morning, the petition had more than 7,100 signatures. 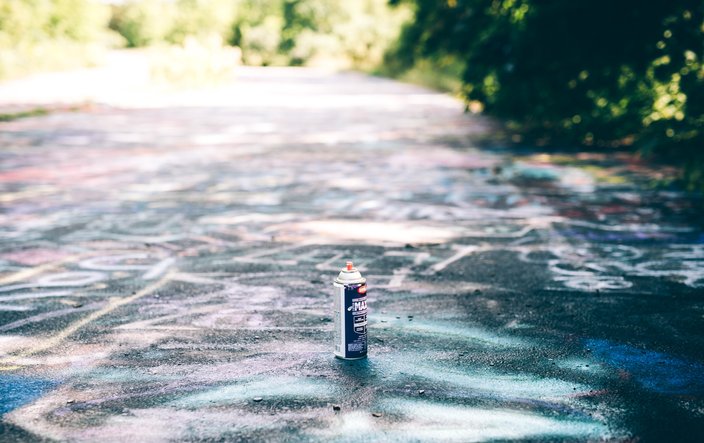 Spray paint covers nearly every inch of the almost mile-long stretch of asphalt, filled with vulgar images and artistic interpretations.

Thompson said that PennDOT does not monitor the current condition of the highway, as it has already been deemed unsafe for travel and, therefore, shouldn't be used for recreation.


As for the possibility of just ripping up the highway in order to prevent anyone from using it, Thompson said such action would likely prove futile.

"Even with the pavement removed, the original highway path would remain and could still be used by hikers and ATV users, while the same hazards that exist today would remain as well," Thompson said.