Campaign finance laws give some an advantage 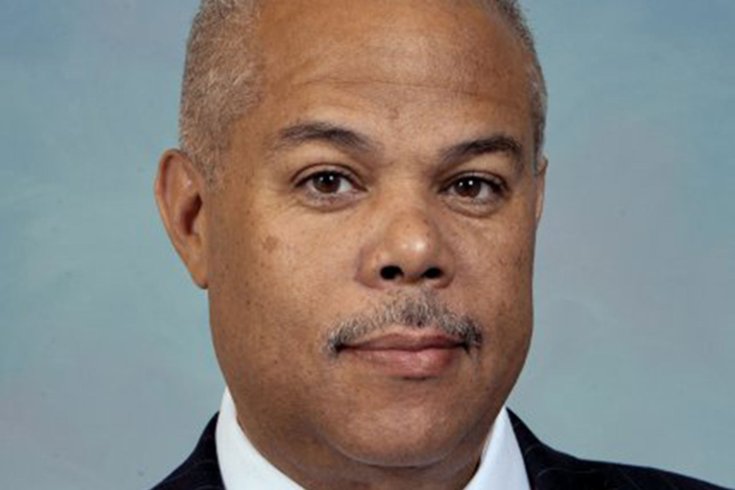 Anthony Hardy Williams officially declared his candidacy for mayor of Philadelphia in November, though his candidacy was assumed for a while.

On Nov. 19, 2014, Pennsylvania state Sen. Anthony Hardy Williams stood before a crowd gathered at the the Independence Visitors Bureau to announce his intention to be the next mayor of Philadelphia.

The speech itself was hardly a surprise: Williams has made no secret of his mayoral ambitions and his candidacy was all but assumed for at least the last year.

But even if it was a formality, it was a significant one: candidates for any elected office in the city are considered official candidates only after they make a formal statement announcing their intention to run — at which point they’re bound by city laws, aimed at leveling the playing field, which restrict how they raise and spend money for their race including strict limits on contributions.

"Far too many highly qualified candidates fail to run simply because an incumbent starts the campaign with a massive and seemingly insurmountable war chest …." - Barry Kauffman, Common Cause Pennsylvania

From the moment Williams made his speech, his campaign was bound by those rules — but not, technically, before. But he has taken exceptional advantage of that fact by using donations raised by his senatorial campaign committee to spend generously on his “exploration” of a mayoral candidacy by using contributions — including some quite large ones from a few deep-pocketed donors — that would have been illegal to spend on the mayoral race itself.

One day before Williams’ announcement, according to state campaign finance reports reviewed by PhillyVoice.com, his senatorial campaign paid $30,927 to 270 Strategies, a Chicago-based political consulting firm that has been advising Williams on his mayoral race.  In the days leading up to his official announcement, the senatorial campaign made at least six other payments, including more than $11,000 in payments to two consultants — Chavous Consulting, LLC and Meghan Lane — associated with his mayoral campaign.

Some, if not all, of that money, Williams’ campaign acknowledges, came from donations exceeding the city’s limits ($2,900 for individuals, $11,500 for political action committees) that would have clearly violated the city's campaign finance limits had Williams been an official candidate ... just days later.

And having spent down donations that would have exceeded the city’s limits, in the  days and weeks prior to his formal declaration for mayor, Williams’ senatorial campaign has now been converted, just like that, into a mayoral one, bringing with it more than $350,000 still left in Williams’ senatorial account — money he can legally spend on his run. The very hall from which he announced his mayoral run, in fact, was paid for with funds raised for his senatorial committee.

Whether or not the mayoral hopeful has exploited a “loophole,” as many political insiders describe it, the financial machinations appear on their face to be totally legal.

State laws, which place no limits on campaign contributions, do allow committees to use those donations for virtually any politically-related spending — including simply using them, as Williams is doing, to run for a different office. And while city laws, by contrast, do limit contributions, those limitations only kick in when a candidate actually “announces” his or her intention to run — not while the candidate is still “exploring” a run.

This is exactly what Williams’ campaign says he was doing.

“As is true with all other candidates, exploratory activity can be paid for by a non-mayoral campaign committee,” the campaign wrote in a statement to the Voice. “It is a reasonable and long legally accepted way to allow people to test the viability of their candidacy to see if people want the leadership they are offering. These rules are publicly known and available to all potential and formally announced candidates.”

“It’s wrong. It’s scummy,” said political consultant Neil Oxman, who managed Michael Nutter’s mayoral campaign, when apprised of the Williams campaign’s finances. “This guy’s been telling everyone he was running for mayor for forever … you don’t spend that kind of money ‘exploring’ a race. … That’s bullshit.”

Indeed, during 2014 alone — a year in which Williams was unopposed — his senatorial committee spent over $400,000, none of it (technically) on his “candidacy” for mayor.

And not every candidate has had the advantage of a standing senatorial fund.

Williams did have to run for re-election in 2014, but faced no challenger in the primary and general elections. Despite that, Williams collected at least $181,700 in the months leading up to his (much-anticipated) mayoral announcement.

Many of those donations would be permitted under the city’s campaign finance laws.

But some of them vastly exceeded those limits.

Among the larger donations Williams has accepted as he coasted to unopposed electoral victory in November 2014 was $125,000 in two donations from the “Students First PAC,” a political action committee that has lobbied for school vouchers, and $25,000 from the "American Federation for Children PAC,” another pro-voucher lobby. Williams also received several donations from individuals that exceeded the city’s limits of $2,900 per person.

The resulting balance of “excess funds” — donations, in other words, that would have exceeded the city’s limit for candidates for mayor or other city office – was then used to pay for expenses related to Williams’ mayoral “exploration,” until he announced the candidacy formally.

Of course, Williams might not be (and probably isn’t) the only candidate to use an “exploration” of becoming mayor to utilize donations that would exceed the city’s limits. Campaign finance reports from other mayoral candidates won’t be public until February.

“We’ll see,” says Adam Bonin, who has overseen Williams’ campaign finances, “how the others handled the ‘exploratory’ issue.”

Still, it’s clear that Williams has made extensive use of his senatorial campaign fund to run for mayor — and a head-start like that, says Barry Kauffman, executive director of good government group Common Cause Pennsylvania, gives incumbents too much advantage over newcomers to races (Williams also enjoys the advantage, unlike city officials, of not having to resign his current seat to run).

“Far too many highly qualified candidates fail to run simply because an incumbent starts the campaign with a massive and seemingly insurmountable war chest …" Kauffman said. "A lot of them say, ‘No way, I can’t compete against a candidate with a war chest so large.’ ”

Common Cause has testified before the state legislature, arguing that the state’s laws should be changed to require candidates to “zero out” their campaign finances after elections, making them compete on an equal footing with their opponents.

The use of funds collected for one elected office to run for another also raises another potential problem, Kauffman says. “People who gave to support the candidate for one office may not support him for a different office,” he points out.

Indeed, it’s possible, especially within the relatively small circle of political insiders who tend to contribute to candidates in the first place, that an incumbent could be using funds contributed to his race for one office to run against the same person who donated those funds for another office.

“It does seem a little off-kilter,” agreed David Thornburgh, executive director of the watchdog group Committee of Seventy.

But, he pointed out, Williams is merely utilizing an advantage that state laws afford him. “It’s hard to criticize a candidate, in the short term, for doing something like that — because you’re allowed to.”

“Money in campaigning is like water running downhill,” Thornburgh added. “If it’s blocked in one area it will find another way down.”

The city’s Board of Ethics, which enforces city campaign finance laws, declined to comment on the specifics of Williams’ campaign spending.

"The question now," adds Oxman, "is whether the other candidates or the city's ethics board are going to say something about it."

The campaigns of the other announced mayoral candidates declined to comment for this article or did not return a call by deadline.

Isaiah Thompson is covering the Philadelphia mayoral race for PhillyVoice. He can be reached on Twitter at @isaiah_thompson.