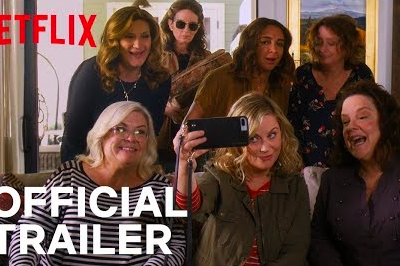 Very few comedic duos have had the longevity and staying power of Amy Poehler and Tina Fey, who have so many credits and appearances together it's hard to keep up.

It feels like they've been gone for a while, but the wait won't be much longer.

RELATED: Is 'Queer Eye' coming to Philadelphia next season?

Here's the synopsis from Netflix:

In honor of Rebecca (Dratch)’s 50th birthday, Abby (Poehler) plans a scenic Napa getaway with their best, longtime friends. Workaholic Catherine (Gasteyer), post-op Val (Pell), homebody Jenny (Spivey), and weary mom Naomi (Rudolph) are equally sold on the chance to relax and reconnect. Yet as the alcohol flows, real-world uncertainties intrude on the punchlines and gossip, and the women begin questioning their friendships and futures.

The trailer gives the impression this movie is going to be a chance to witness comedy idols go from euphoria to meltdowns the same embarrassing way everyone else does, no matter how old you don't want to admit you are.

"Wine Country" will debut on Netflix on May 10.