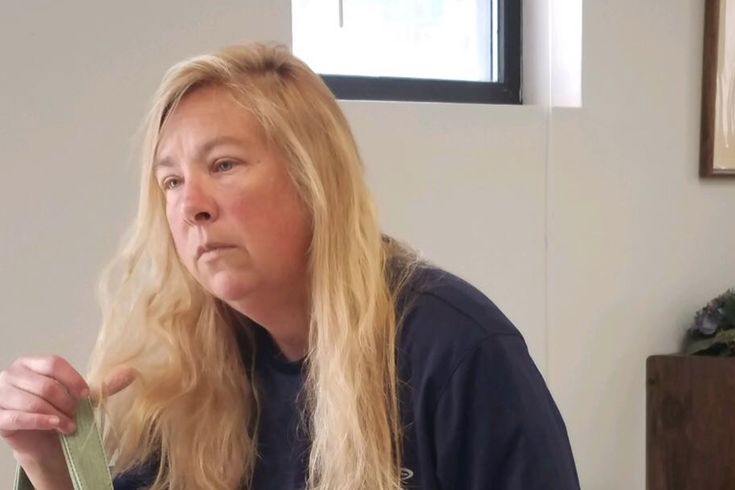 The woman pictured here told police she didn't know who she was.

A woman found sitting on a park bench in Norwood Township, N.J., and said she didn’t know who she was has been identified by police as a Philadelphia native.

The woman was found on Tuesday by a Norwood public works crew, according to NBC New York. When she spoke with police, the woman reportedly said she’d been in a car accident in Washington state close to a year ago, and walked from the west coast to New Jersey.

The woman was hospitalized at New Bridge Medical Center, as police tried to identify her.

“She wasn't giving us the full story. She didn't remember her name, she didn't know where she is, and when she does talk, she just talks about her service in various wars.”

New Jersey State Police posted a picture of the woman to Facebook on Thursday and asked for help identifying her: