The bizarre chain reaction collision sent a driver to the hospital 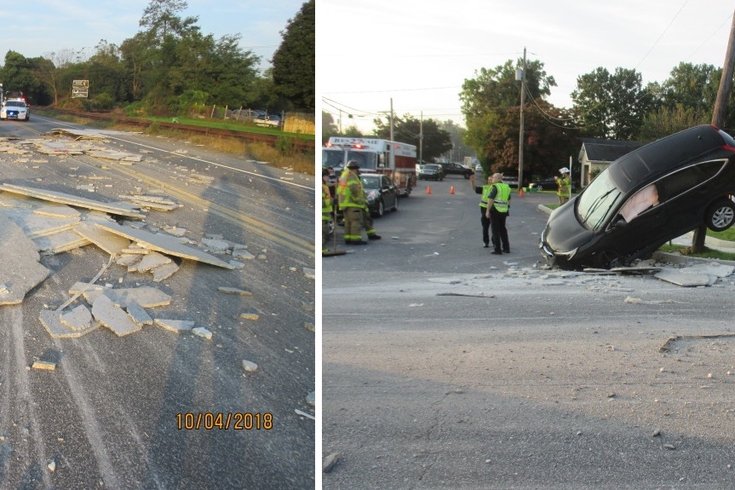 A car crash in Mechanicsburg, Pennsylvania, sent a driver to the hospital Thursday after a commercial flatbed truck hauling stone kitchen countertops spilled its cargo onto the road and sent another car careering into a pole.

An unusual car crash in Mechanicsburg, Pennsylvania, sent a driver to the hospital Thursday morning and littered a road with kitchen decor.

A commercial flatbed truck, traveling in the westbound lane, was hauling a number of stone, kitchen countertops through the borough when a turn near railroad tracks jarred the load loose.

The countertops fell into the eastbound lane and struck an SUV, sending the vehicle backwards and into a utility pole, the aftermath of which can be scene in the image above.

The debris field from the accident stretched the length of a football field, according to the Mechanicsburg Police Department, and bits of stone also hit a car stopped at a stop sign.

Police did not identify either driver in the crash, nor did they provide an update on the SUV driver’s condition. The SUV was towed from the scene.