And what's inside is not what we expected 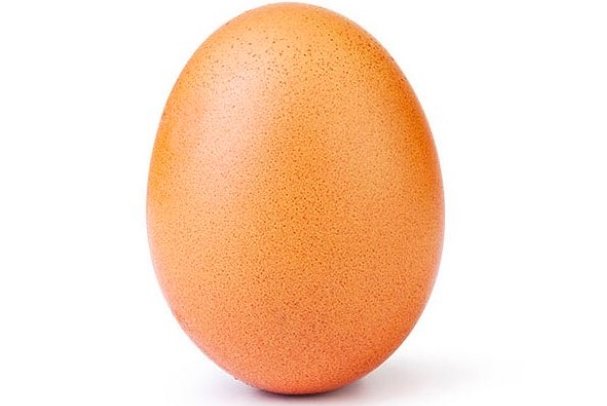 Over the last several weeks, the account has surged in popularity after its first photo – the image of a single egg – became the most-liked post of all time. In a report from the Atlantic, marketers were calling a potential partnership with the anonymous account the best opportunity for a company — better than any Super Bowl commercial.

More than two weeks after its record-breaking post, the account started posting new photos of cracked eggs that went un-captioned and unexplained. People online guessed it would reveal itself to announce a presidential campaign, a new TV series, or even the State of the Union address.

Then the Instagram account posted a photo of the same cracked egg but with the laces of a football up its side on Saturday, right before Super Bowl Sunday. "The wait is over," the post read. "All will be revealed this Sunday following the Super Bowl."

Finally, a video promoting mental health awareness was added to the World_Record_Egg account on Sunday. In the video, the egg quips, "the pressure of social media was started to get to me." A ironic stance to take for an account that is predicated on just that.

The video had been viewed more than 5.2 million times as of Monday morning. Now, the World_Record_Egg account links to a website with resources like Mental Health America and the Jed Foundation.

Phew! I feel so much better now 😊 If you’re feeling the pressure, visit talkingegg.info to find out more. Let’s build this list together 🙌 #EggGang #WeGotThis #TalkingEgg

Interestingly, Hulu jumped on a sponsorship deal with the account. Behind its paywall, Hulu was the first to play the video of the egg cracking from the pressure of social media.