A 'Wrinkle' in wretchedness

Ava DuVernay is at the helm, but the highly anticipated film lacks direction 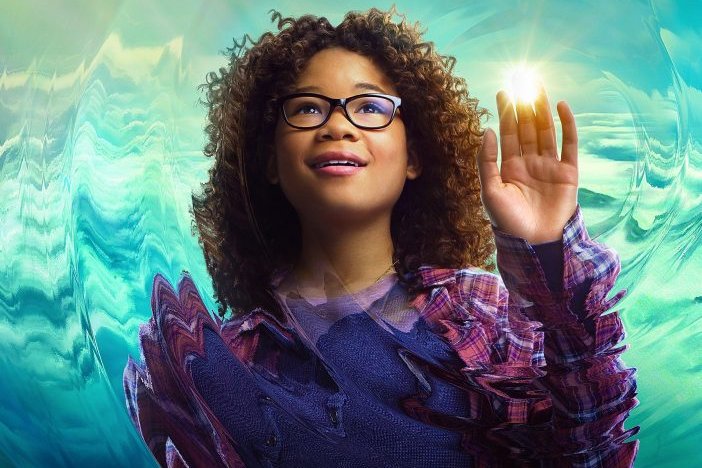 Storm Reid's portrayal of Meg Murry in 'A Wrinkle in Time' is the movie's saving grace.

In the past year, "Wonder Woman" and "Black Panther" were excellent films that smashed both records and barriers. They were risks that paid off big, with female and black leads and director teams, respectively.

So, it would seem that "A Wrinkle in Time," with its history-making director and diverse cast, is perfectly poised to follow their lead.

Ava Duvernay may have made history as the first black woman to helm a live-action film with a budget of more than $100 million, but the sad fact is she didn't make a good movie.

In fact, "A Wrinkle in Time" is pretty bad.

One of the biggest problems is that the film is extremely confusing and incoherent. It is difficult to follow why the characters do what they do and what exactly is going on.

Yes, it is about a young girl searching for her long-lost father. Gee, it's a Disney movie; I wonder how it's going to end?

In stories with predictable endings, it's the journey that matters. In this case, the journey will lose many – if not most – young viewers very early on.

Partially to blame for this is the decision by DuVernay and screenwriter Jennifer Lee to strip from the film all the Christian themes that gave the complex book a moral core.

Lee is best known for writing "Frozen." She replaced Jeff Stockwell, who reportedly was going with an approach similar to the "Chronicles of Narnia" film series, which kept the Christian themes and told a story that was beloved by millions.

It's hard to imagine "Wrinkle" being remembered the same way.

It's hard to get wrapped up in the story when you never know why things are happening.

Sadly, the worst part of the film is the way its three biggest stars are presented.

In the book, they're angels. In the film, they are simply odd beings.

Although they are called Mrs. Which, Mrs. Whatsit and Mrs. Who, all you will see on screen are Oprah Winfrey, Reese Witherspoon and Mindy Kaling in bad cosplay.

Oprah, in particular, looks like Oprah with cheap rhinestones glued to her face.

Witherspoon has one scene where she is presented as "flying" in a way. You'll swear you can see the strings. Mary Poppins in the 1960s and Superman in the 1970s made you feel they were flying in a more believable manner.

Then, there's poor Mindy Kaling, who is reduced to near-silence for more than half the movie.

While a lot of visual effects are thrown at the wall – and the viewer – they never feel in service to an actual story.

In the "Star Wars" prequels, George Lucas was restrained with his use of effects compared to DuVernay here. But in the end, they are often devoid of meaning and often look like computer generated images, which kind of defeats the point.

One example is a green, amphibian-type creature that looked cool, but then was quickly gone. By the end of the film, I had forgotten all about him.

Speaking of which, whose bright idea was it to have Zach Galifianakis play the extremely unfunny Happy Medium, who rightfully describes himself as a "weird guy with a beard" and is woefully out of place here?

The only thing that saves this film from being a total disaster is the lead, Storm Reid, who plays Meg Murry.

Reid displays some real chops here. She is the only major character who makes you care about what they are doing. Here's hoping she gets another shot to strut her stuff in a film that tells a compelling, memorable story.

Chris Pine, Deric McCabe, Levi Miller and Michael Peña – as Meg's dad, brother, friend and foe, respectively – all have their moments and don't embarrass themselves. The problem is that they are too fleeting as the film gets caught up in more and more effects and less sense.

Some may want to support DuVernay because of what she represents, but supporting bad movies of any type will only ensure we get more bad movies.

So, what is one to do if they still want to support a film with a diverse cast and send a message to Hollywood? Go see "Black Panther" again.