Cape May Brewing Co. partners with Yards to make beer in Philly 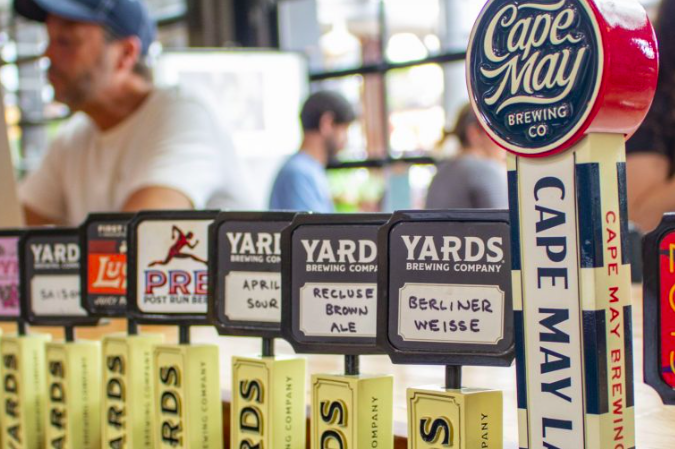 Yards Brewing Co. and Cape May Brewing Co. have partnered to produce Cape May Lager at the Yards brewery in Philadelphia.

Yards Brewing Co. will team up with Cape May Brewing Co. to make the Jersey Shore craft-beer maker's lager at Yards' state-of-the-art brewery in Northern Liberties, the companies said.

Yards, founded by brewmaster and president Tom Kehoe, moved from Kensington into the new facility at Fifth and Spring Garden streets in 2017, expanding their brewing capacity by 100,000 barrels per year. They have the ability to push that to 200,000 barrels-a-year, partly through partnerships with smaller breweries.

Cape May Brewing pursued a partnership with Yards in order to expand the variety of their own brewing operations in Cape May.

brewing, kegging, and canning some of Cape May Brewing Company's beers for distribution

The deal will specifically cover the brewing, kegging and canning of Cape May Lager for distribution.

“Yards is the real deal,” Cape May Brewing CEO and co-owner Ryan Krill said. “They’ve been making great beer for as long as I’ve known what beer is. Cape May Lager is the newest core brand in our lineup, and what’s been brewed there has been outstanding. We’re honored to put our name on it.”

With expanded capacity in Cape May, fans of the South Jersey brewery can expect new additions to the lineup in the not-too-distant future. Yards hopes that other breweries will sign on with them for a similar arrangement.

“Yards will continue to keep our state-of-the-art facility churning out great beer around the clock,” Yards CEO Trevor Prichett said. “We built a brewery that we could grow into over the next several years, so this is the perfect opportunity for us to put the entire brewhouse to good use while we continue our strategy of increasing depth within our existing markets.”