The Pennsauken brewery partnered with local breweries Tonewood, Urban Village, and Cape May 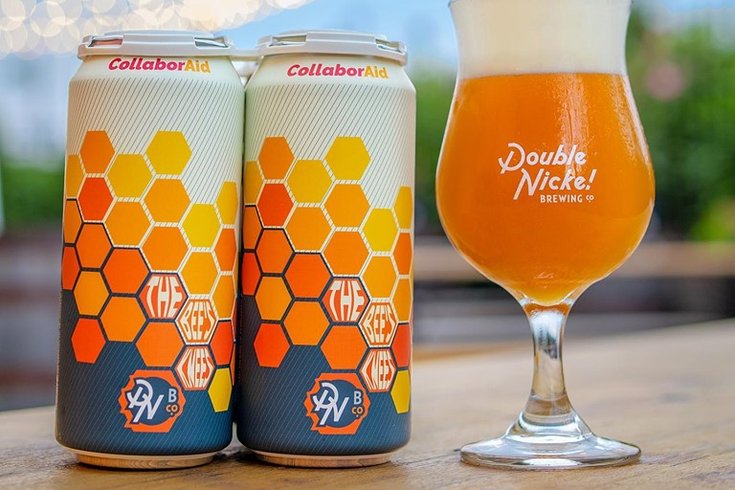 Double Nickel Brewing Co. has partnered with local breweries to release its newest IPA beer, The Bee's Knees, to help fight hunger in Philadelphia and Camden.

Double Nickel Brewing Company has teamed up once again with local brewers to release a new not-for-profit IPA beer to help fight hunger in the greater Philadelphia area.

CollaborAid, whose mission "is to turn creativity and collaboration into support for local families struggling to put food on the table," will be teaming up this season with Philabundance and Virtua's Mobile Market. $1.50 of every can of beer sold will go to one of the two non-profits.

The beer will be available for purchase at Philadelphia-area Whole Foods, such as Center City, Jenkintown, and Plymouth Meeting. You can also find this honey-licious beer in New Jersey wherever Double Nickel products are sold.

Last fall, the group released "Friendsgiving," a multi-grain IPA. All of the profits from "Friendsgiving" sales went to three local non-profits, including Philabundance, Cathedral Kitchen in Pennsauken, and Sacred Heart Church of Camden.