Judge rules in favor of independent artist in dispute over 'Everything Be Lit,' 'Everyday We Lit' 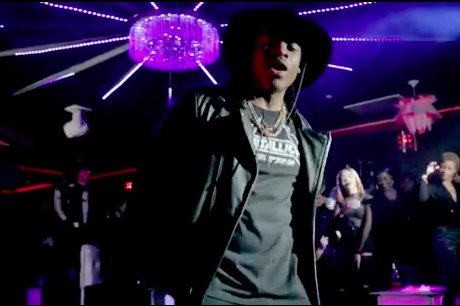 Rackboy Cam, aka Anthony Campbell, appears in the music video for his 2016 song 'Everything Be Lit.' A federal judge in Georgia ruled in favor of Campbell in a lawsuit claiming YFN Lucci and PnB Rock released a very similar song, 'Everyday We Lit,' less than a year later.

New Jersey-based rapper Rackboy Cam has been awarded approximately $1.7 million in a long-running legal dispute over similarities between his 2016 song "Everything Be Lit" and another song, "Everyday We Lit," that was released the following year by Atlanta rapper YFN Lucci and Philadelphia rapper PnB Rock.

Rackboy Cam, born Anthony Campbell, of Paterson, announced the conclusion of the legal case in an Instagram post Thursday.

The original song was released by the independent rapper months before YFN Lucci, a more widely-known artist with his own Atlanta record label put out a single that became a Billboard Hot 100 hit in 2017, climbing to No. 37 on the chart.

The lawsuit, filed in 2018 in U.S. District Court in Georgia, centers on similarities between the choruses of the two songs, which can be heard below. The chorus of Rackboy Cam's track is sung by Brooklyn rapper Maino. (Note: the songs contain explicit lyrics).

Though the songs are in different keys, the resemblance was enough to convince Judge Charles A. Pannell Jr. to issue a default judgment in Rackboy Cam's favor.

Under the terms of the judgment, Rackboy Cam was awarded $1.445 million. The rapper also received writer's credit for royalties at 50% in perpetuity from both YFN Luccie and PnB Rock. He was awarded pre-judgment interest of 6.25% for the roughly three-year period since the lawsuit was filed, in addition to legal costs, which brings the total amount to about $1.7 million, NJ Advance Media reported.

Rackboy Cam previously settled with YFN Lucci and Think It's a Game Records in 2019 for an undisclosed amount.

The New Jersey rapper also will receive royalties from a remix of "Everyday We Lit" featuring Lil Yachty and Wiz Khalifa.

PnB Rock and producer June James reportedly did not respond to the lawsuit. Both YFN Lucci and PnB Rock are barred from promoting, distributing or publicly performing the "Everyday We Lit" without Rackboy Cam's permission.