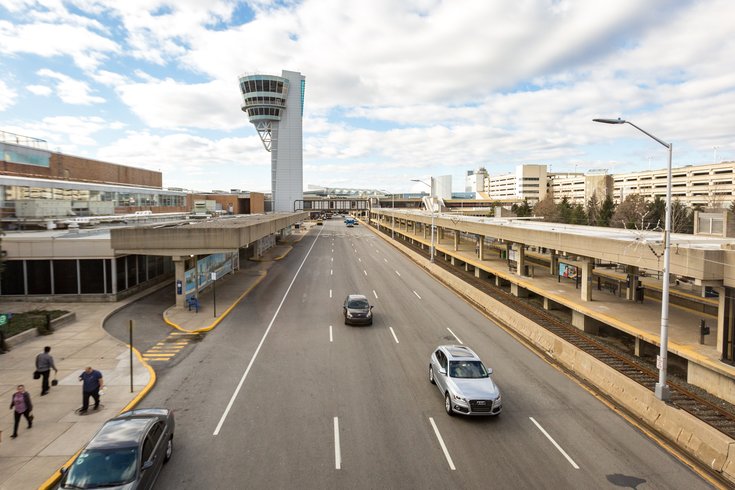 Flying out of Philadelphia International Airport for a Memorial Day Weekend getaway?

Oh yeah? That must be nice. What’s not nice, though, is a consumer-research group's ranking of the airport among its peers in terms of delays.

That group, ValuePenguin, crunched “thousands of data points from Bureau of Transportation statistics” and found that PHL ranks third for flight delays .

“Passengers flying out of PHL over the Memorial Day weekend can expect the third longest delays in the country,” ValuePenguin wrote. “On average, historically, flights out of PHL were delayed by an average of 57 minutes.”

On the bright side, it’s better here than it is at JFK and LaGuardia airports in New York City, where delays average between 61 and 63 minutes.

And the Thursday before Memorial Day – this coming Thursday – is traditionally the busiest day of the holiday weekend, a day in which “PHL sees a whopping 71 percent increase in delayed flights.”

Diane Gerace of PHL's public affairs explained that PHL's high peak travel-period delays can, in part, be chalked up to its location "in the most congested air space in the country."

"At PHL, construction of new taxiways should help mitigate airfield congestion," she added. "Passengers are always encouraged to check flight status with their airline before leaving for the airport regardless of when they are flying."

You can read more about ValuePenguin’s findings via this link, which you’ll likely have a bunch of time to peruse if you’re at the airport right now waiting for a delayed flight.

Not everybody’s flying to their holiday weekend getaway locales, though.

AAA expects some 36.6 million travelers to hit the road via automobiles this weekend. That marks a 4.7 percent increase over last year.

“The highest gas prices since 2014 won’t keep travelers home this Memorial Day weekend,” Bill Sutherland, senior vice president of AAA Travel and Publishing, said via news release. “A strong economy and growing consumer confidence are giving Americans all the motivation they need to kick off what we expect to be a busy summer travel season with a Memorial Day getaway.”

AAA said Wednesday night and Thursday will feature the most delays so they urged folks to avoid rush-hour and peak-commuting times.

The moral of this story? Be sure to factor in some extra time to get where you're going.