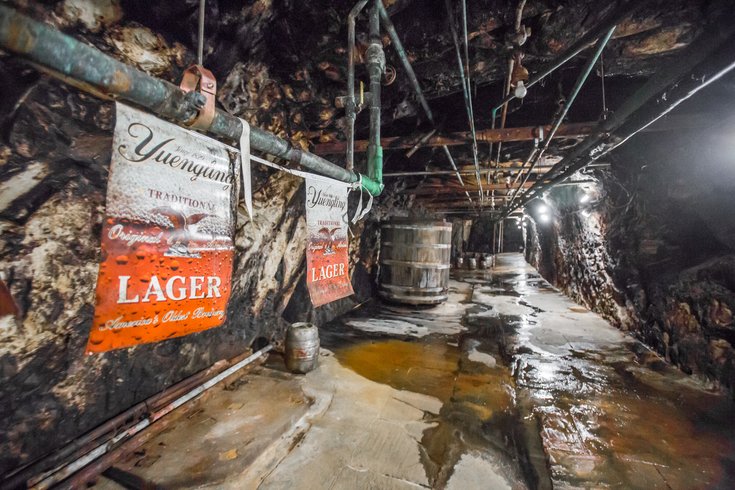 The tunnels below the Yuengling Brewery were once used for temperature-controlled storage at a time before refrigeration.

Yuengling Brewery is joining handfuls of celebrities and businesses in donating funds toward hurricane relief efforts after back-to-back storms devastated parts of the U.S. and the Caribbean.

The Pennsylvania-based, family-owned company announced Friday that it will give $50,000 to the American Red Cross to aid victims of the natural disasters.

“This donation will help with relief efforts and continue to help in recovery efforts," Wendy Yuengling, chief administrative officer, said in a statement. "Our thoughts and prayers are with everyone, including our employees, who have also been affected. Please join us in supporting those communities that have been impacted.”

Yuengling, which calls itself America's oldest brewery, has a facility in Tampa and two other locations in Pottsville.

Pennsylvania-based Wawa announced in August that it launched a "crisis campaign" to aid in hurricane relief efforts as well. Patrons at more than 760 locations could donate $1, $3 or $5 toward the Red Cross. The Wawa Foundation also matched its first $50,000 collected during the customer-led campaign. The convenience store chain operates at least 15 stores in Florida.

Dozens of celebrities, including Philadelphia's Kevin Hart, Dwayne "The Rock" Johnson, Sandra Bullock and Beyonce have made generous donations.

Almost 70 people have died as a result of Hurricane Irma, which made landfall last week in parts of Florida, Georgia, South Carolina, U.S. Virgin Islands, Puerto Rico and other parts of the Caribbean. Hurricane Harvey, which devastated parts of Texas, has claimed more than 80 lives.