Yuengling's packaging gets redesign for first time in decades

Label changes coincide with brewery expanding its distribution into Indiana 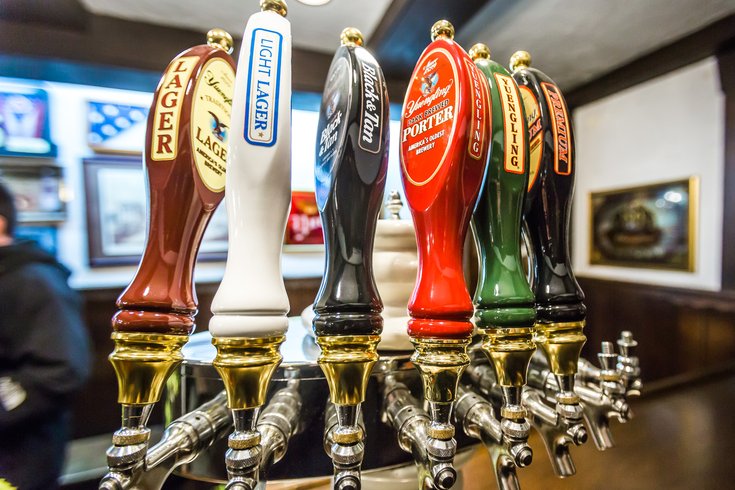 Yuengling-branded tap handles are ready to dispense beer at the Yuengling brewery tasting room. All the handles except the one for Light Lager, feature brewery's current logo designs. View Yuengling's redesigned logos below, which will be released in Pennsylvania next month.

D.G. Yuengling & Son, the Pottsville-based company that has been making beer for almost 190 years, announced Wednesday it is updating the design of the labels and packaging for its Traditional Lager, Light Lager and Black & Tan brands.

It'll be the first time the logo has changed on the Traditional Lager bottles – the brewery's flagship brand – in 30 years.

Standing in the original tasting room of the first of Yuengling's three breweries Wednesday, Jennifer Yuengling, daughter of fifth-generation owner Dick Yuengling Jr., said the timing of the redesign is not as important as the need for the brewery to do something different. 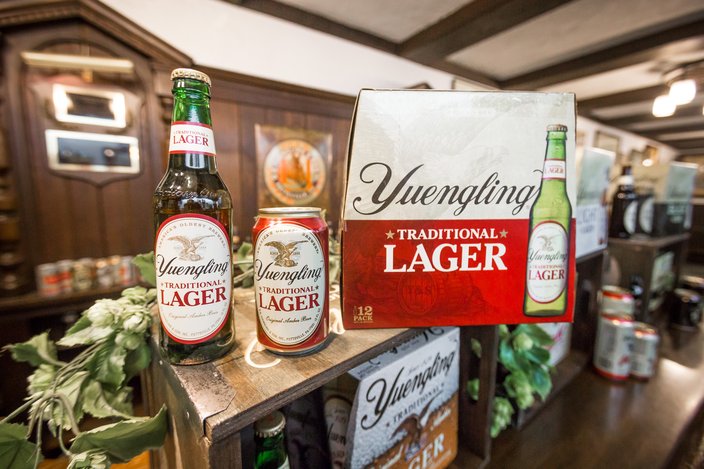 The new bottle, can, and package design of Yuengling's flagship. Traditional Lager.

"Marketing and sales made the case that we need a refresh, we've gotten stale," she said. "We started with the Lager, and we worked into Light Lager. And then it evolved into Black & Tan, too. So, it was a very arduous task mostly for our graphics group at that time. Now, it's become a balancing act for our procurement people and operations and myself, trying to run out the old and get the new into the market."

The fresh look, which will be rolled out to Pennsylvania customers in April, is crisp and clean, designed with the family-owned brewery's craftsmanship and history in mind, Yuengling said. All three of the core brands have kept the iconic eagle and beer barrel along with the "Yuengling" name and script font, but the feel will be different to any devoted customer.

The eagle and barrel pays homage to the company's first brewery, called the Eagle Brewery, which was destroyed in a fire just two years after its opening. 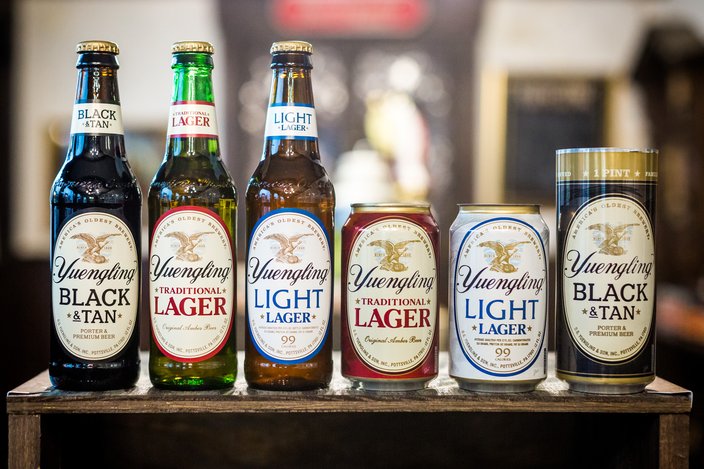 Yuengling has unveiled a new logo design for three of the brewery's core beers: Lager, Black & Tan and Light Lager.

The eagle has been moved higher on each logo, leaving more space for new fonts and images. Also, there is more emphasis on Yuengling's slogan, "America's Oldest Brewery."

The most significant change is to the Light Lager design, whose color scheme changed from red to blue to signify its "refreshing characteristics," Yuengling said.

"We've been in business now for 188 years, and there is a type of craftsmanship to our beers," she said. "It started in 1829, and it was handcrafted, and we maintained most of the similarities of some of those recipes, so I think what we have here is a look for our brand and our packages that emulates that type of craftsmanship."

The brewery will have the redesign ready for the start of distribution of its beer in Indiana, the 20th state where Yuengling will be available. The beer was introduced there last week, and Wednesday marked the first day the updated logo was being printed on Yuengling cans in Pottsville that will be shipped to the Hoosier State. 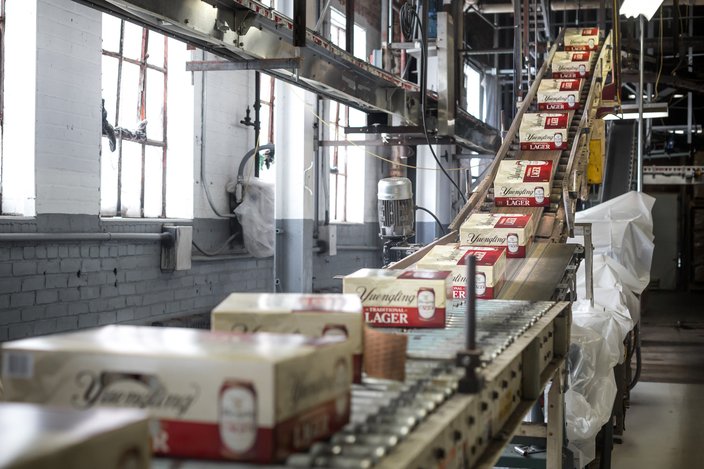 Yuengling drinkers elsewhere will have to wait for wholesalers and bars to deplete their current supplies sporting the old look before getting the redesigned packaging.

Yuengling dropped the news of the redesign to the Indianapolis Star in late February.

During a video interview with a reporter, Jennifer Yuengling casually mentioned the change when asked if the brewery would be doing anything differently for the Hoosier State's market.

"I guess because we live it every day, we don't see it as a big deal, but the interest that the consumers are showing, the wholesalers and you folks, it is a big deal," she told PhillyVoice. 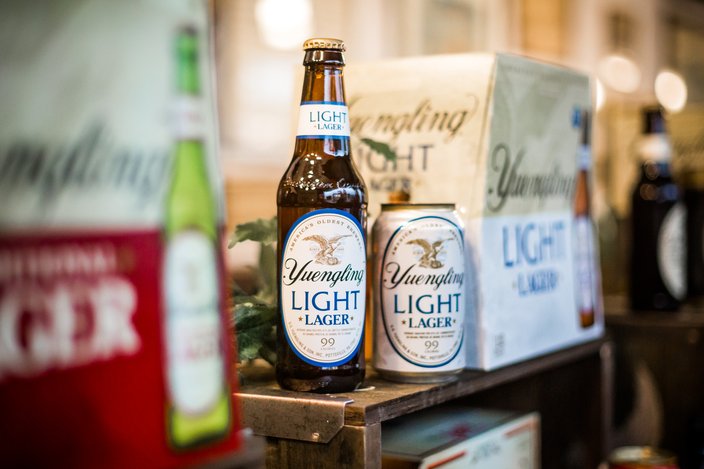 There are no immediate plans to expand the brand into a 21st state anytime soon, Yuengling said. Choosing where to start selling its beer is a careful process, and Yuengling has no intention of expanding across the entire nation.

The goal isn't to be "the biggest," Yuengling said.

Whether the logo facelift will be extended to its other beers, like Premium, IPL, Porter or Yuengling's seasonal brews, she said to wait and see.

"I think we'll determine the success of this and that might be the impetus to move forward with our other brands," she said.