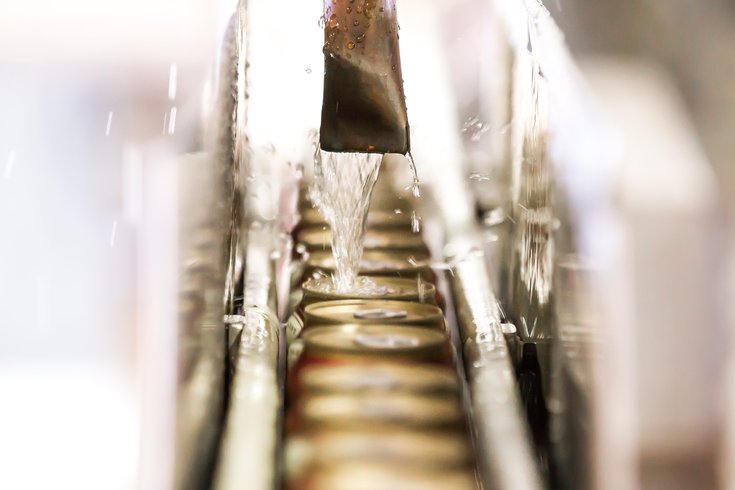 Cans are rinsed after being filled with beer.

American beer drinkers have had their say and three Philadelphia-area beermakers are among the top brewing companies.

D.G. Yuengling and Son, Artisanal Brewing Ventures and Troegs Brewing were recognized by the Brewers Association this week on a list of the top-selling beer companies by volume in 2016. The group, which represents small and independent craft brewers, annually tracks overall beer sales and craft beer sales.

“With such a broad range of brewers in today’s beer landscape, the leading small and independent producers have helped build the craft brewing industry to what it is today,” said Bart Watson, the association's chief economist. “Embracing their experience and ability to thrive and overcome challenges, the top producing craft brewers will continue to inspire, innovate and influence the future of beer.”

Overall, Yuengling sold the fourth-most beer by volume out of all brewing companies, behind only Anheuser-Busch, MillerCoors and Pabst. Artisanal was 22nd while Troegs earned the 47th spot.

Forty of the top 50 top sellers were craft brewing companies, according to the Brewers Association's definition. 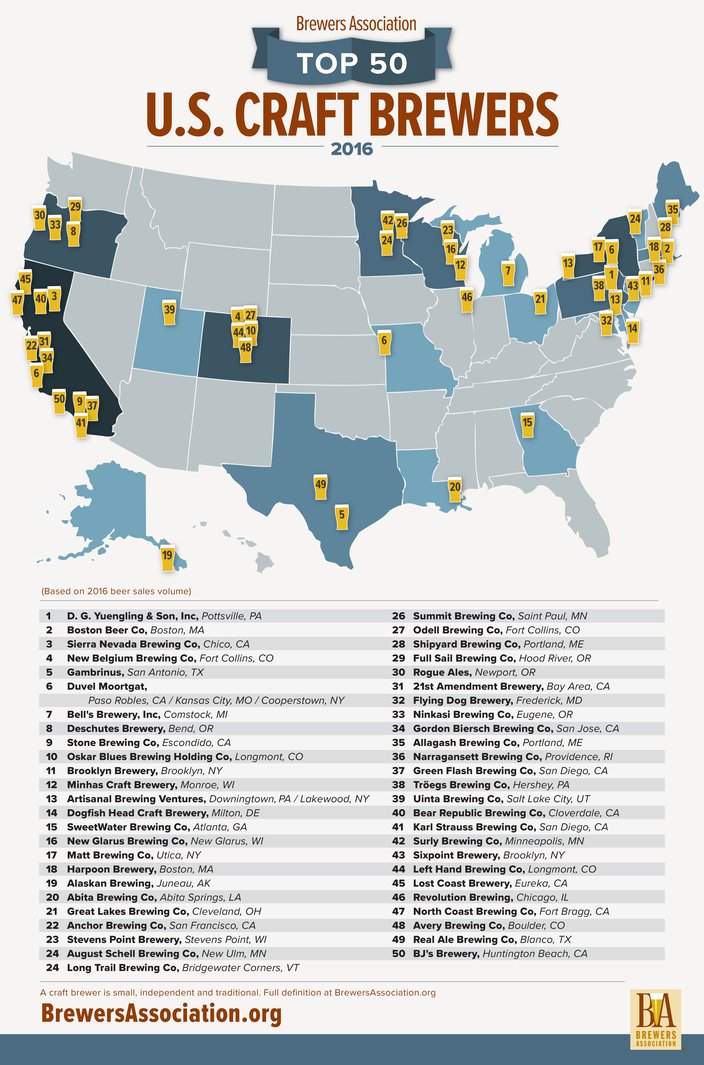