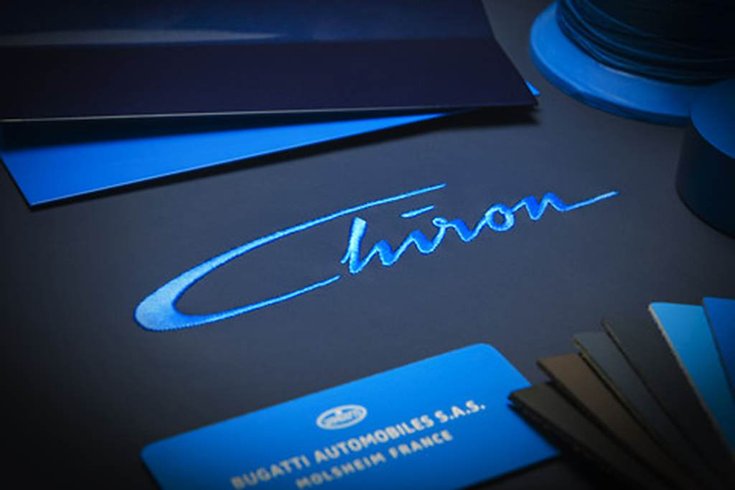 An abstracted form of Louis Chiron’s signature will be found as stitching on the headrest of the new Bugatti super sports car.

It will be called the Bugatti Chiron, and it is expected to blaze its way to a top speed of 288 mph.

That was the word Monday from the French automaker. (Well, actually they didn't mention a top speed.)

Named after a prolific Bugatti race car driver from the 1920s and 1930s, Louis Chiron, the new car will debut in March at the Geneva Motor Show. The racing icon was the first Frenchman ever to drive at the Indianapolis 500.

More than 100 Louis Chiron-wannabes have already placed orders for the $2.5 million (to start) ride, which Bugatti promises will be the “world’s most powerful, fastest, most luxurious and most exclusive production super sports car.”

A quad-turbocharged 8.0-liter W16 with torque output of more than 1,100 lb-ft will provide thrust, Autoblog said.

Thrust to the tune of a top speed of 288 mph, according to Car and Driver.

Bugatti says the Chiron is in the midst of final testing, with a number of prototypes getting fine-tuned workouts on several continents. "No other production super sports car of this caliber will be subjected to such a stringent, comprehensive test program," the automaker says.

“The development brief for the Chiron can be summarized in one sentence and is probably the shortest in the history of the automobile: we want to make the best significantly better,” stated Wolfgang Dürheimer, president of Bugatti Automobiles S.A.S.