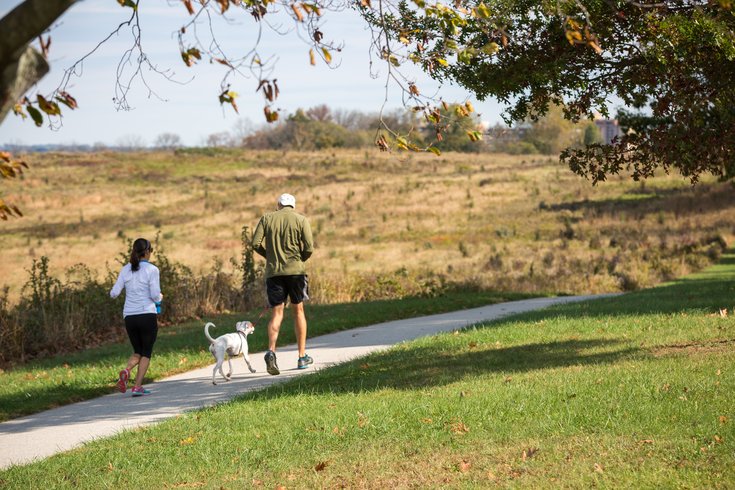 Entire libraries have been filled with well-researched, well-written, and well-meaning books on living a healthy lifestyle – and we’ve all read our share of them. But the fact is, some of the most effective steps we can take to get healthier are the simplest, most common-sensical things imaginable: things like walking to the office or taking mass transit rather than driving; choosing the stairs over an elevator; or opting for a fruit plate at lunch instead of pizza.

Most of our days are full of little “fork in the road” moments when doing our bodies, minds and souls good is as simple as picking “this” over “that.” Here are nine "little choices" that can make a big difference in the long run:

Next trip to the grocery store, substitute an unfamiliar fruit or vegetable for your usual fare. Never tried fresh lychees, prickly pears or English cucumbers? They might just become your new favorites – and all can enhance an already healthful diet.

2. Opt out of salad dressing

Many of us feel virtuous ordering a fresh, healthful salad, only to drown it in a calorie-laden dressing. Next time, reach deep into the herb-and-spice drawer instead of the refrigerator, and dress your salad with savory herbs. Rosemary, mint, basil, parsley and cilantro all add tremendous flavor, and can often substitute for dressing.

When it’s time for the late show on TV, think about retiring and actually getting the sleep you need – to benefit, among other things, memory and brain health. Making sleep a priority over late-night reading, snacking, or television is a good “little choice.”

The choice between a fresh, healthful sack-lunch from home and less-healthful cafeteria fare at work or school is the choice between having total control over what you eat and being a food-service victim. It’s a choice worth making. And by the way, it’s smart to pack your lunch when you’re not hungry, when you’re less likely to pack excess food.

“Me” time is fine, but isolation and loneliness have been shown to negatively impact the immune system. The same is true about generosity and community service. Caring about other people can have strong health benefits – so don’t forget the importance of personal, family and community interaction in your life.

6. Reach for a simple sugar substitute

No, not saccharine – cinnamon! Getting into the habit of sprinkling cinnamon instead of sugar on grapefruits, peaches, apples, etc. can dramatically reduce your sugar intake over the long term.

Choosing cereal for breakfast instead of bacon-and-eggs will save you 300 calories. Skipping the muffins at the morning office-meeting: another 300 calories saved. Salmon and vegetables for dinner instead of meat-and-potatoes? Deduct another 400. A small bowl of cereal before bed instead of milk and cookies can shave off 300 calories. They’re small dietary choices that add up!

When commuting, sitting in a waiting room, or on an airplane trip, rather than doing nothing or scrolling through social media, work on building the neuroplasticity of your brain with challenging, brain-teasing crossword puzzles, Sudoku or memory games. These intellectual activities actually stimulate the flexibility of your brain’s neurons, which in turn increases the capacities for other types of learning.

9. Choose outside over in

During a break or office down time, rather than sitting at your desk with a cup of coffee and a pastry, step outside. Walking in nature has positive effects on the brain and our health. Research shows that just being in nature is like mental cleansing or fasting.

Obviously, none of these steps is a revolution in itself. But remember that, collectively, it’s the small choices during our day that can dramatically influence our eating and exercise routines – and modify them for the better.