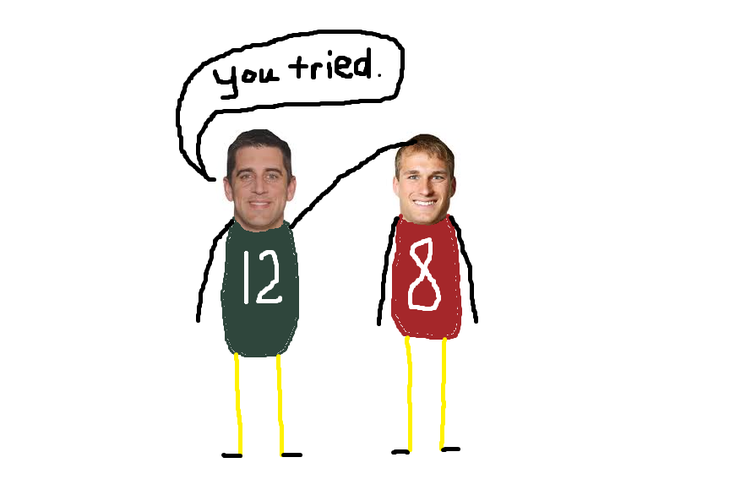 Here are 10 random thoughts from this past weekend's wild-card games, as they pertain to the Eagles:

1) Tom Condon, the agent for Sam Bradford, must have been fired up watching Texans quarterback Brian Hoyer play horribly Saturday afternoon. Hoyer was 15 of 34 for 136 yards, 0 TD, 4 INT, and a QB rating of 15.9. The Texans got embarrassed by the Chiefs at home, 30-0. The Texans could be a team that thinks that Bradford could be a major upgrade over their current quarterback, thus making Houston a potential landing spot for Bradford or a team that Condon can use to drive up his price tag.

2) As we noted yesterday, the Chiefs have an incredible defense, and an offense that simply doesn't turn the ball over much. Against the Texans, the Chiefs won the turnover battle 5-1. If you squint hard enough, that could be Doug Pederson's appeal in Philly. Over the last two seasons, the Eagles have led the NFL in giveaways with 67. That is more than two turnovers on average per game, which is unacceptable, and a big reason for the failures of the last two seasons. The Chiefs have turned the ball over less than half that amount, at 32. Perhaps Pederson would recognize the strength of the Eagles, personnel-wise, is the defense, and he would construct his game plans accordingly. That is something Chip Kelly failed to do.

3) The Chiefs are better than the Patriots, in my opinion. It'll be tough going into New England and beating the Pats, where they almost never lose (cough, Eagles this year, cough) but I think they can do it.

4) On the one hand, Chip Kelly's #culture initiatives were often annoying, because they may have been passing on (or, you know, cutting) more talented players in favor of guys who Kelly felt would "buy in." On the other hand, you don't want to be the Bengals, who have a long history of ignoring character concerns, and have an idiot (LB Vontaze Burfict) ruin your season. Ideally, the Eagles' next head coach will employ a more judicious, balanced approach to the value of talent vs character risk.

5) The Redskins were pretenders heading into the playoffs and they're not a good football team. They played four teams with winning records this year. In those games, they went 0-4, lost to all four teams by at least two touchdowns, and those losses were by a combined score 140-64. Meanwhile, it's not even as if they were great against the bad teams they played. They lost to a 4-12 team (the Cowboys), and a pair of 6-10 teams (the Giants and Dolphins).

6) Based on recent history, the odds say the NFC East will have a new division champion again in 2016. The NFC East hasn't had a repeat champ since 2004:

Next season, the Skins will have a first-place schedule. Pencil in a new NFC East champ in 2016.

7) According to NFL.com's Albert Breer, Kirk Cousins is poised to score a contract that could be somewhere in the ballpark of $20 million per season. Cousins might be the Redskins' long-term answer at quarterback. He might not. It's going to cost Washington a lot to find out for sure.

8) The Eagles have undoubtedly missed DeSean Jackson's big play ability since they cut him during the 2014 offseason. However, Jackson's penchant for disappearing in big games reemerged on Sunday. DeSean, how many catches did you have against the Packers?

9) The Steelers looked like an offensive juggernaut heading into the playoffs. They managed to be the third-ranked offense with Ben Roethlisberger out of the lineup for 4.5 weeks earlier in the season. In the four games Big Ben didn't start, the Steelers averaged 315.3 yards per game. In the 12 he started, they averaged 422.2, which would have been best in the NFL by a significant margin. That was mainly on the strength of the passing game.

Against the Bengals, they were lucky to escape with a win due to the Bengals' stupidity, but only had 202 passing yards. During the brutal weather in January, unless you play in a warm weather city or a dome and you're able secure home-field advantage, it's difficult winning games relying on your passing game. The thing that you can count on being an important part of winning no matter what the climate, is a good offensive line and a pass rush. Figuring out what the Eagles do at quarterback aside, the Birds need to build in the trenches first.

10) Remember when the Eagles used to be in the playoffs every year? Memories.