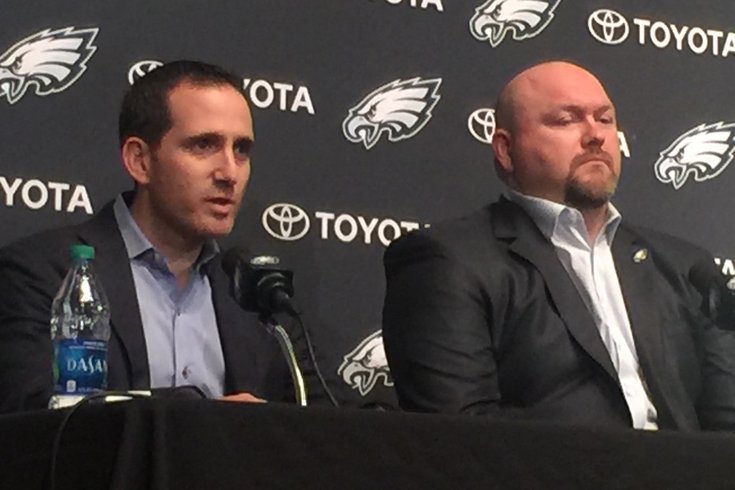 Howie Roseman and Joe Douglas address the media Friday at the NovaCare complex.

On Day One of free agency, the Philadelphia Eagles made a big splash shortly after 4:00 p.m., landing former Bears WR Alshon Jeffery, who was considered by most to be the prize of this wide receiver class.

They were also able to give quarterback Carson Wentz an additional weapon in former 49ers WR Torrey Smith and some protection in former Titans OG Chance Warmack.

On Day Two, they were much more quiet, re-signing guard/center Stefen Wisniewski.

On Day Three, we'll see if the Eagles add to some of the other depleted areas of their roster, like corner, linebacker, and defensive tackle. There's also the matter of what they can obtain in trades for players like Mychal Kendricks, Chase Daniel, Jason Kelce, for example. But the Eagles probably aren't done making moves.