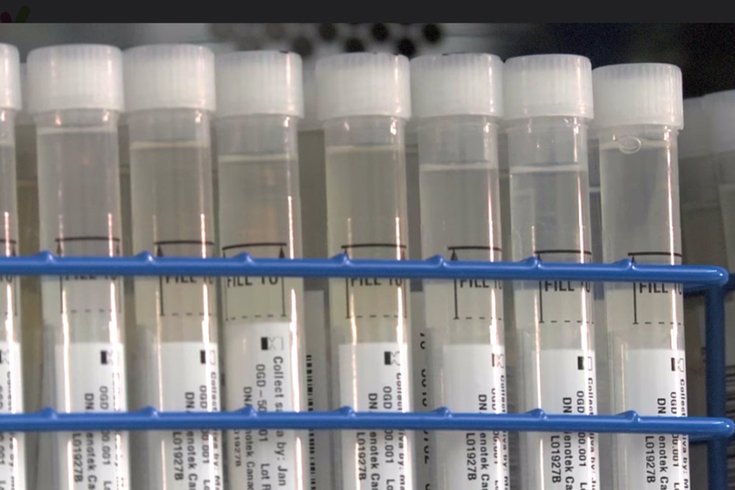 DNA samples are processed at a 23andme laboratory.

It was announced on Tuesday that DNA testing company, 23andMe Inc., got the go-ahead from the U.S. Food and Drug Administration to offer consumers a test for a hereditary colorectal cancer syndrome.

The clearance follows the FDA’s authorization for 23andMe’s BRCA1/BRCA2 Genetic Health Risk report in March 2018, the announcement states. 23andMe will now be able to tell customers whether they have two genetic variants that influence MUTYH-associated polyposis, a rare condition associated with an increased risk of colorectal cancer.

These two reports are the only direct-to-consumer genetic health risk reports for inherited cancers that have been authorized or cleared by the FDA for use without prescription, according to the announcement.

While this news is welcome for individuals who have concerns about their genetic makeup, TIME notes that the BRCA tests were controversial. BRCA1 and BRCA2 are linked to increased hereditary risk for breast cancer, ovarian and prostate cancer.

Despite the fact that there are more than 1,000 known BRCA mutations, the 23andMe test focused on three variants most common in people of Ashkenazi Jewish descent. “The concern was that people not likely at risk for those variants — those not of Ashkenazi descent, for example — would mistake not having the mutations as not having any risk of breast cancer,” TIME reports.

Of course, there is also concern surrounding such tests being offered to consumers directly, without the insight of a doctor or genetic counselor to help interpret results.

The Chicago Tribune notes that the new test doesn't look at variants associated with Lynch syndrome, the most common form of inherited colorectal cancer. Originally, 23andMe offered assessments for more than 250 diseases and conditions, but in 2013, the FDA cracked down and ordered the company to cease providing analyses of people's risk factors until the tests' accuracy could be validated.