Three others, including two firefighters, were injured 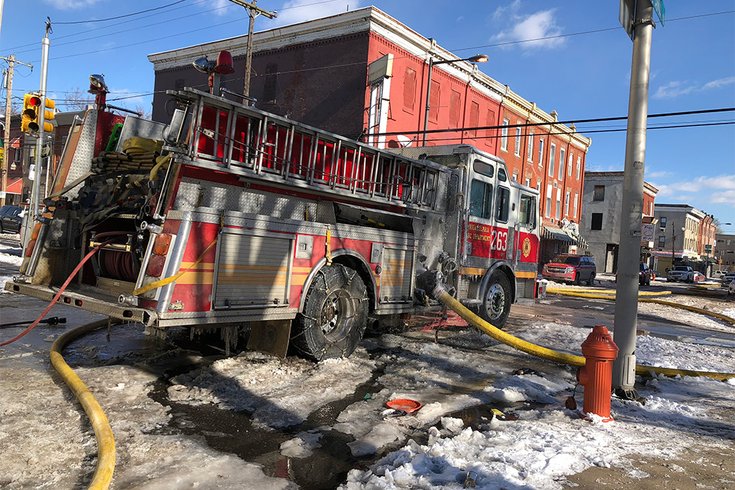 The scene of Saturday's fatal fire at a home on the 2200 block of North Colorado Street in North Philadelphia.

A firefighter and a resident died after a two-alarm fire broke out in a North Philadelphia rowhome on Saturday, causing the interior of the home to collapse, according to officials and media reports.

Lt. Matt LeTourneau, 42, was pinned under debris when the home collapsed around 10 a.m., the fire department said in a statement. Firefighters on the scene rescued LeTourneau and took him to the hospital, where he died from his injuries, CBS Philly reported.

"Our hearts are breaking," Fire Commissioner Adam K. Thiel said in the statement.

Commissioner @ThielAdam announces the death of Lt. Matt LeTourneau: "Our hearts are breaking."

One person who had been inside the home on the 2200 block of North Colorado Street – a side street off West Susquehanna Avenue near 17th Street – was also killed in the blaze, officials said. Another person who had been neighboring home was reportedly injured, as were two other firefighters.

The injured resident was in critical condition as of Saturday afternoon, while the injuries to the two other firefighters were not considered serious, according to the report.

LeTourneau lived in Springfield, Delaware County. He was an 11-year veteran of the department and made lieutenant in 2015. 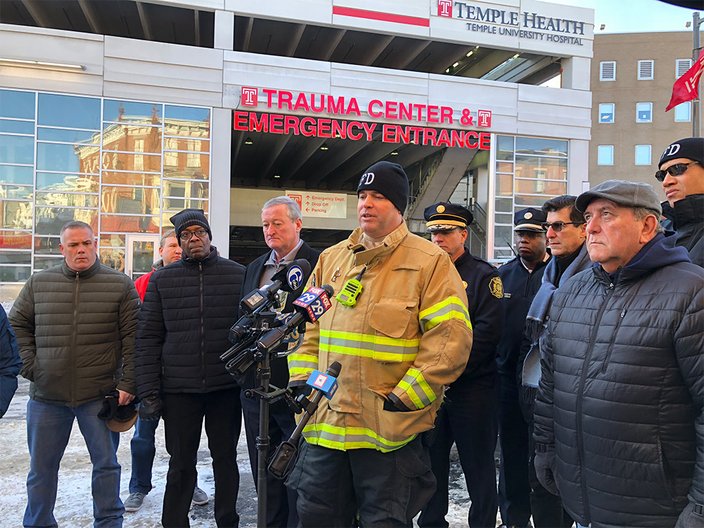 With Philadelphia Mayor Jim Kenney at his side, city Fire Commissioner Adam K. Thiel talks to the media about fallen firefighter Lt. Matt LeTourneau, 42, outside of Temple University Hospital. “Our hearts are breaking,” Thiel said .

The Philadelphia Police Department posted a statement shortly after Thiel announced LeTourneau's death, saying it sends "our deepest condolences to our brothers and sisters" at the fire department.

"The bravery displayed by these men and women every day serves as an inspiration to us all," police said. "Please keep Lt. LeTourneau's family in your thoughts and prayers."

Mayor Jim Kenney said he was "deeply saddened" by the loss.

"I am grateful for his outstanding service to our city during his 11-year career," Kenney said in a statement. "It is always a tragedy to lose a first responder in the line of duty. Lt. LeTourneau sacrificed his life trying to save others. Our firefighters demonstrate tremendous acts of heroism every single day. I extend my sincerest condolences to his family. Please keep his loved ones in your thoughts and prayers during this very difficult time.”