From a cat with a stache to a pup born with a cleft lip, Philly and South Jersey are home to some adorable animals 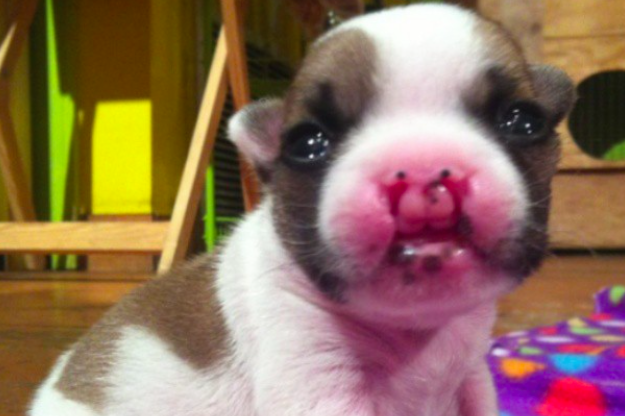 Lentil Bean has thousands of "beanstalkers!"

Sure, Instagram photos of smiling babies are pretty cute. And snapshots of a three scoop ice cream sundae drizzled in chocolate syrup will likely get a lot of likes.

But few images garner as many double taps and shares as photos of irresistibly cute and often silly/stupid pets.

Whether you're having a bad day or just like to smile, scrolling through Instagram pictures tagged #PetsofInstagram will be the highest point of your day.

Below are five local pets of Instagram whose cuteness has caused the internet to overdose on heart emojis.

Lentil Bean, the bulldog puppy born with a cleft palate:

Lentil Bean, a French bulldog born in New Jersey with a severely cleft palate and lip, became an Instagram sensation and medical inspiration back in early 2013 gathering more than 145,000 Facebook and nearly 10,000 Instagram followers, aka beanstalkers!

He's since undergone surgery to repair his deformities, but that hasn't stopped his inspirational story from spreading, including being labeled the Children's Hospital of Philadelphia's mascot for children with facial differences.

Ansel and Petal are two baby goats that were among a large group of neglected animals rescued from a North Jersey farm back in April.

The cute goats have since found a new home with Leanne Lauricella, a volunteer for The Barnyard Sanctuary, also in North Jersey – who shared their good looks with thousands of others fans on Instagram.

Three words: mini pet pig. And yes, he walks on a leash. Move over Wilbur - Olive is "some pig."

We can go on-and-on about how like-worthy this little guy is, but his Instagram description says it best:  "Just a normal mini pig, born is Massachusetts, raised in New Jersey and currently living in the City of Brotherly Love."

This suave kitty knows how to work the camera. Stache, an Oriental shorthair from South Jersey was born with his good looks and has won the hearts of many social media admirers.

Ever wonder what it's like to experience the world through the eyes of a dog? Charlie, a Chester County rescue pup, may be as close as you get! Charlie's human friend sometimes attaches a GoPro camera to his collar to give his followers a sniff of a dog's days.