You may have been to Bok Bar, but there is so much more behind the walls of this old South Philly vocational school 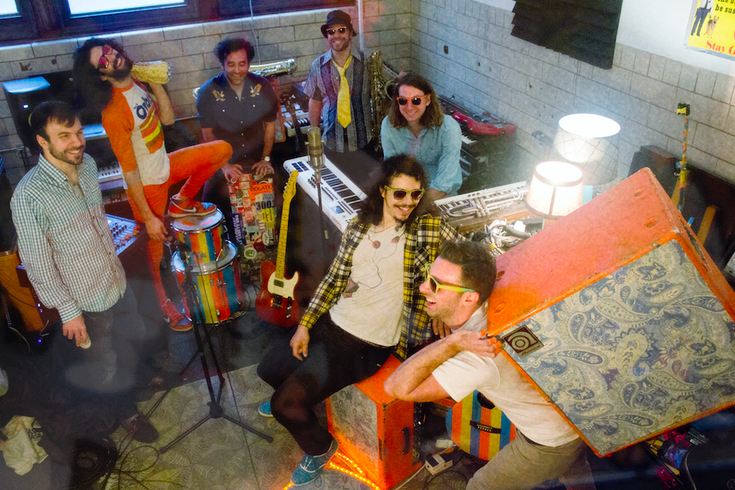 The band Southwork, most of whom co-own Writtenhouse Records.

The Edward Bok Vocational Technical School, otherwise known simply as Bok, closed its doors in 2013 after 75 years of providing vocational training in areas such as carpentry and culinary arts. The urban design and strategy collective Scout has since bought the building and transformed it to house a wide range of small businesses and artist studios.

The rooftop Bok Bar, an independent recording studio, a boxing gym, a fair few photographers and designers, a couple of nonprofits, an experiential art shop and an in-demand hair and makeup artist are just some of the creatives and entrepreneurs who have set up shop in the rooms that were once places of learning.

But for a school that specialized in tactile arts and technology trades, the current occupants of the space are, in a way, living its legacy.

“It’s as if you took all the high school students and turned them into adults and they’re still working in the same building,” said Jessica Saint, a makeup artist who works in Bok.

“It kind of came around, full circle. The kids grew up and we’re still here.”

Here’s a closer look at some of the businesses and organizations inside Bok: 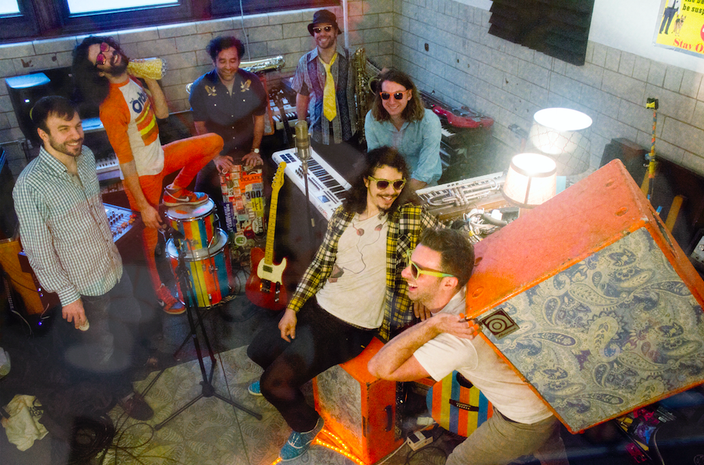 The band Southwork, most of whom co-own Writtenhouse Records.

This small, independent studio is co-owned by musicians and recording engineers Mike Vivas, Mike Vogel, Erich Miller, Alan Smith and Joe Smith. They originally started the venture to record their own music as the band Southwork, but have since taken on outside projects, like providing music for WHYY podcasts and scoring the horror films “Alpha Girls” and “American Exorcist.”

Vivas, who graduated from Bok and lives in the neighborhood, was very aware of the community’s response to the building changing and attracting non-south Philly natives to the area. But all in all, he thinks Scout’s acquisition of Bok was for the best.

“I’m so happy there’s art happening here instead of nothing,” Vivas said.

“Some of my students that I had are just a lot more confident in speaking about their jobs, their daily lives,” said instructor Genna Glazer in a video on the foundation’s website. 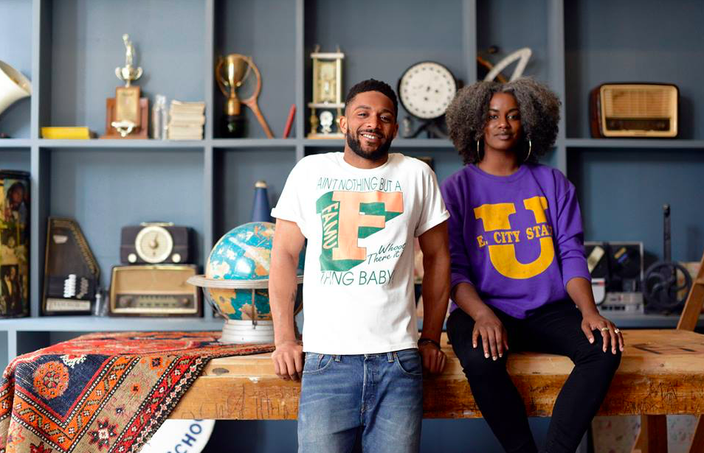 Maryam Pugh and Ruth Perez created Philly Printworks in 2010, with a goal to promote social justice.

Maryam Pugh and Ruth Perez created this screen printing workshop in 2010, with a goal to promote social justice. They have collaborated with local social justice and arts organizations, most recently with Women in Re-entry program for Mama’s Bail-out Day, where they raised $2,000 to help bail out incarcerated women. They are currently working with BLK MKT Vintage, who curate African-American antiques, to put together a collection of found vintage t-shirts that tap into the history of African-American organizations. Pugh moved her business into Bok after having changed locations numerous times over the course of several years.

“I was so excited to move into Bok because it felt like it was a place that was stable,” Pugh said. “As a small business, I really needed that.” 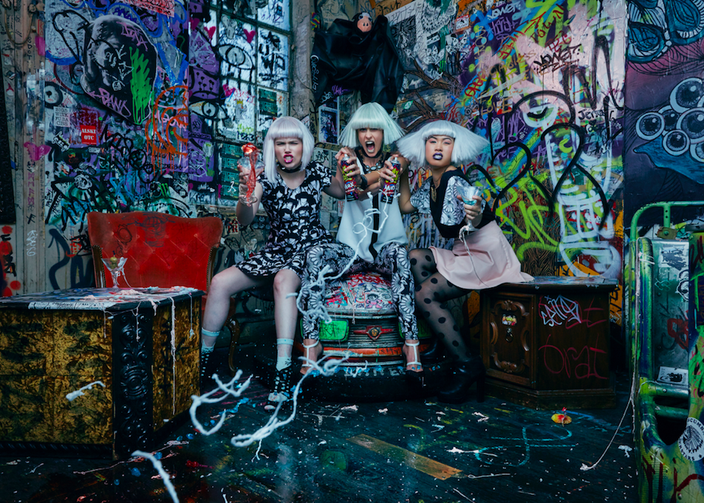 Jessica Saint has done work for operas at Carnegie Hall and Broadway musicals like “The Lion King,“ in addition to many other projects.

Jessica Saint is a staple in the hair and makeup industry. She has worked with a diverse range of clients, including Urban Outfitters, celebrities like Jude Law, NBC Sports and Philly’s Creep Records. She has also done work for operas at Carnegie Hall and Broadway musicals like “The Lion King.” But her real passion lies in doing makeup for film. She helped create the post-apocalyptic world for a film based on Michael Moore’s book, Dude Where’s My Country?, which was set in a cave in Arizona. Not to mention, she also mentors aspiring makeup artists and is a pretty hot commodity in the bridal domain.

Saint decided to move to Bok when she was trying to find a space with one of her current studio-mates, Stevie Chris, and the building came recommended by a friend.

“We fell in love with it,” Saint said. “It was really nice to be around other creatives, and everybody’s so supportive of one another.” 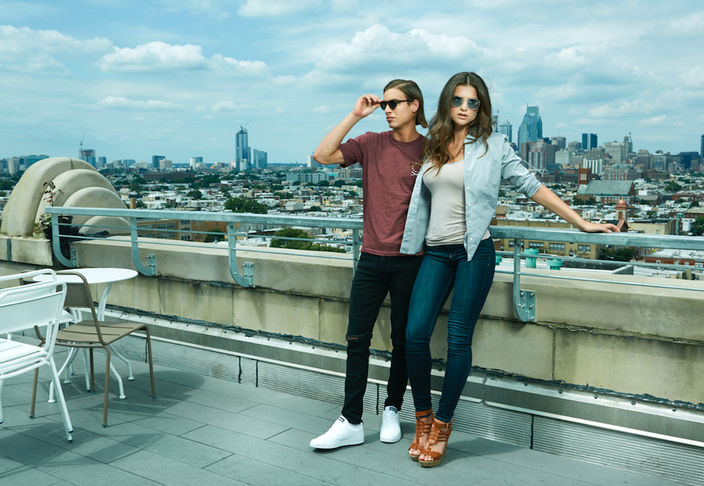 Steve Chris specializes in commercial advertising photography and has photographed actors from networks like NBC and Comedy Central, as well as some big-name movies, like “Guardians of the Galaxy 2.”

Chris specializes in commercial advertising photography, but shoots a lot of photos that are character-driven and slightly surreal. He has photographed actors from networks like NBC and Comedy Central as well as some big-name movies, like “Guardians of the Galaxy 2.” Like Saint, Chris has found a real sense of community working in Bok.

“At 5 p.m. a lot of times, everyone on this floor at least ends up gathering together and having a beer,” Chris said.

Doors usually stay open and folks walk around and chat with each other during the work day, he said.

There aren’t too many boxing gyms in South Philly, but this one is alive and kicking. Well, punching. Founded by JD Rivera, Warrior welcomes adults and children, men and women, with the goal of fostering self-discipline and dedication through boxing. Rivera has overcome a young life of violence and leading a gang, according to an article in Philadelphia Neighborhoods. Now, as the owner of Warrior, he has taken the fight to the ring, and devotes his time to coaching aspiring boxers and doing some boxing himself.

This group of artists combines projection, lighting and technology with narrative and other virtual elements, some of which are interactive. They have done work for Adult Swim, Nightscape, PIFA, Sundance and designed the Deck the Hall light show at City Hall. Two years ago, before moving into the building, the collective installed a project at Bok called “Vacant America: The Bok Building.” It served as a sort of temporary memorial to Bok’s previous existence by amalgamating things like school desks with audio/visual components and ambient sound. Klip also designed a self-guided app as part of their Vacant America project, comprised of 360 degree video of empty classrooms superimposed with old yearbook photos that match the locations of the video -- past meets present.