6 great places to break up with someone in Philly

Don't worry, we've done the planning for you

There comes a time in most relationships when you think about running the other person over with a Segway so often that maybe it’s time to stop being with one another. Unfortunately, it’s not fun for either person—the break-upper or the breakee. Not wanting to face the actual breakup event is why many couples last a lot longer than they should.

That’s why we’re here to help. We’ve compiled a list of six great places to break up with your partner in Philadelphia, so that you can move on to some “6 great places to meet singles in Philly” lists.

Now, when they ask why you’re breaking up with them, you can say, “A listicle told me to.” 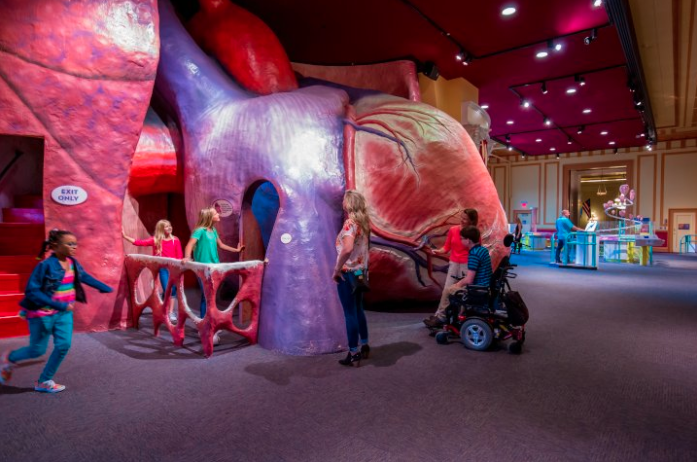 The Giant Heart at The Franklin Institute

Where better to break a heart than inside of one? If the person you’re dating is distant, whether physically or emotionally, The Franklin Institute’s most famous (and most confined) exhibit is a perfect place to force them to listen as you tell them to hit the bricks.

Since there’s nowhere else to go and you have to keep the line moving, time your speech for each part of the heart. For instance, you can start at the Right Atrium with a “We need to talk,” then hit them with a “You’re really great and all…” at the Right Ventricle before telling them that it’s over at the Main Pulmonary Artery. If they argue and ask “Why?” all throughout the Lungs, the Left Ventricle is where you want to bring out the big guns. We’re talking the “I hate your cat”-level bombs. By the time they get to the Aorta, they should get the picture.

As a bonus, all the kids there on class trips within earshot will learn some serious life lessons. 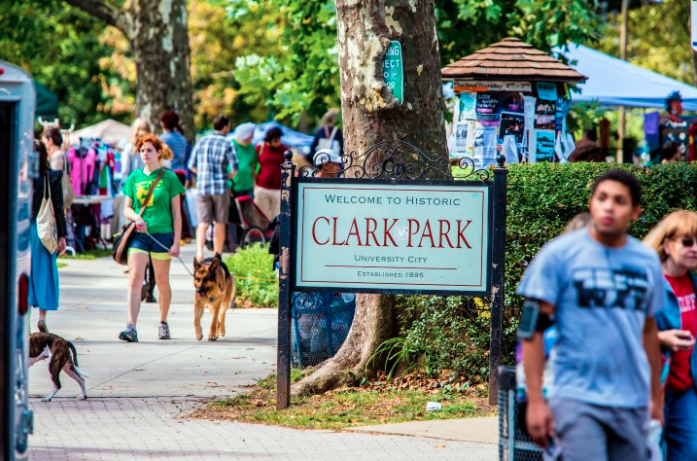 If you need more space to talk, argue, cry, possibly make out a little – argue again, then briskly run away from each other, Clark Park is your best bet. It’s a very versatile spot. If you think you’ll feel more comfortable with people around, hang out near some benches. If you know you’re gonna be screaming out a “WHY ARE YOU THE WORST?!” or two at this person, find a grassy area that’s less populated for a little more privacy.

Another great benefit of a Clark Park dumping is that no one will suspect it. Your partner will never know that this invitation to take a walk will end with them weeping into a patch of dirt. 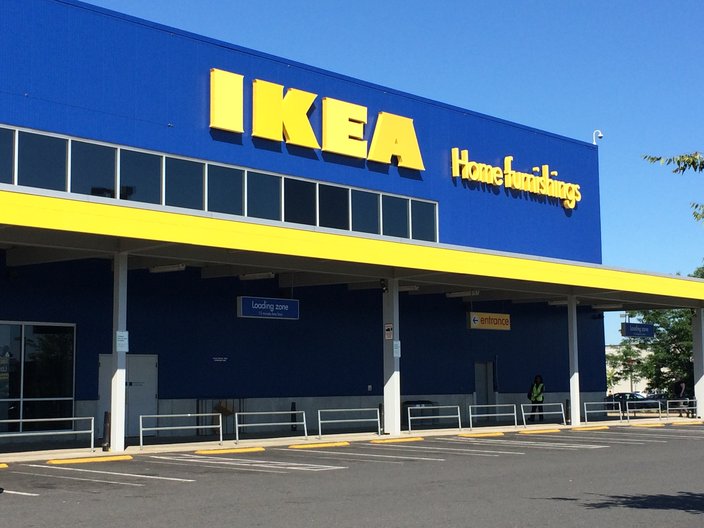 Unlike the unsuspecting Clark Park, the great part about telling your soon-to-be-ex that you want to take a trip to IKEA is you can usually see the wheels spinning in their head trying to figure out what they did wrong. There’s a long, storied history of the furniture chain serving as a death knell for couples as it can drum up deep-seated feelings and emotions, including planning for your future. (Fun fact: A breakup in an IKEA store is called a LÖNELY.) On top of that, usually only one or none of you wants to be there, especially for hours longer than you expected.

The store’s layout is also designed to make it hard to leave without passing by tons and tons of products first, ratcheting up the tension and the fighting. This maze may be great for selling Swedish scrub brushes, but not as great for sustaining a loving relationship. As you keep repeating “I gotta get out of here!”, you’re probably not talking about the furniture store anymore.

The bright side? After you guys call it quits in the lighting department, go eat as many $1 ice cream cones as you can until you’re kindly asked to leave. 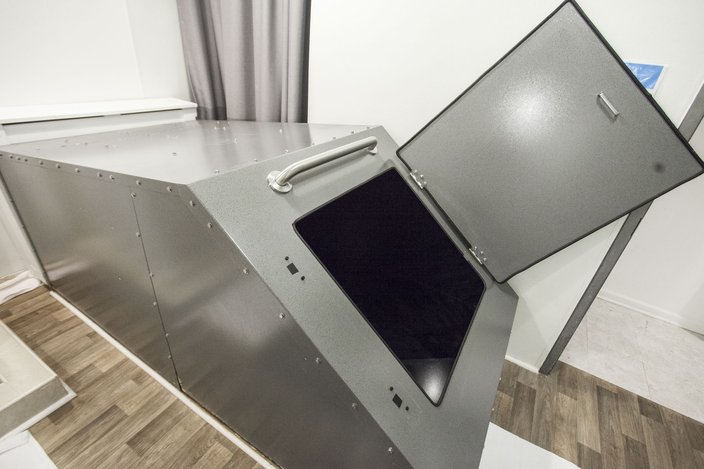 This one is unorthodox and a little expensive, but the sensory deprivation chambers at Flotation Philly can be a unique way to deal with your ending relationship. Inside the tanks is a pool of epsom salt-filled water in complete darkness, but where no sound can get in. It’s a private room designed for you to relax, but hey – cry and scream as much as you want. You’re already in a tub of salty water, so tears are no big deal.

There are a number of ways to go about this. Maybe it’s best to break up outside of the place first, so you can fully process these emotions alone in the chamber. Perhaps you really want your partner to think about what they’ve done, so you can tell them right before they step inside the pool. Since the tanks lock from the inside, there is always the option of sticking your head out and quickly telling your partner “We’re through,” before locking yourself in that completely silent tank. 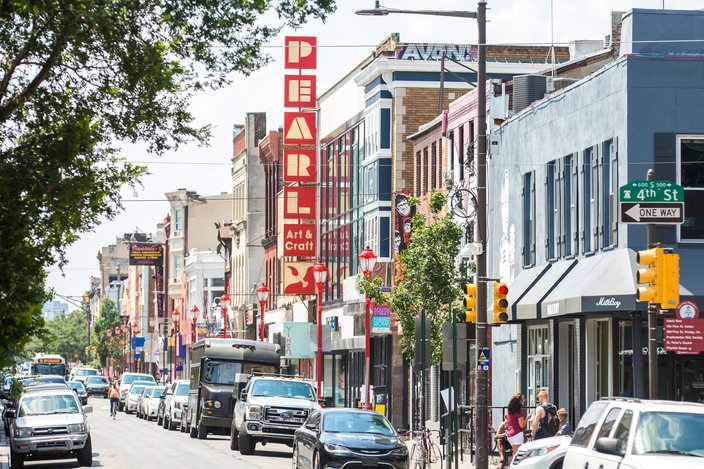 On a weekend night, this entire street is a recipe for relationship disaster—a tragic and countless mix of bars, sex shops, drama and mobs of drunk, hungry people. If you do end up breaking up with someone on South Street—whether planned or unplanned—don’t worry about making a scene, ‘cause there’s usually one on every block. You might not even be the only couple breaking up in a 20-yard radius. There’s also ample alleys for crying and/or puking.

On the plus side, all the things that South Street has to offer like the booze, sex shops and mobs of attractive people can now be fun when you’re single. By the time you finally work your way up to Broad Street, you might not even remember what's-their-face. 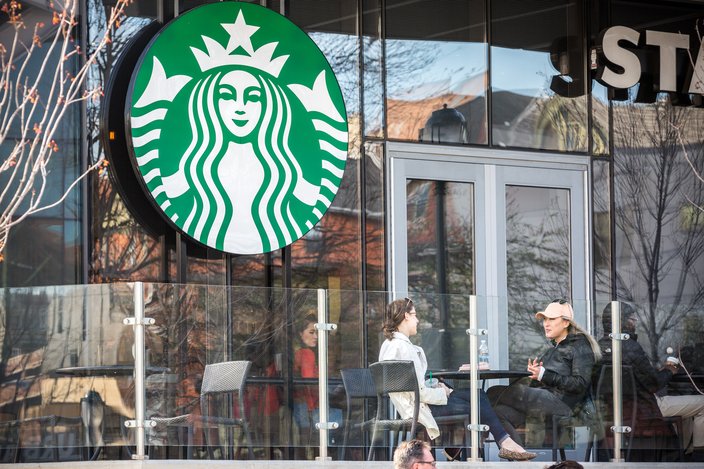 Starbucks on the campus of Drexel University.

On one hand, you owe it to the person you’ve been dating to tell them you’re breaking up with them in person; on the other hand, it’s a lot easier to not do that.

Using the latest in communications technology to break up with someone goes as far back as the carrier pigeon, only now it’s a lot easier and you don’t need to touch a dirty bird (unless you want to). There are many ways to do this, whether it’s a long emotional email full of Leonard Cohen lyrics, a quick text (“ayoooo this ain't workin' out. sorry. u can keep my books but plz venmo me that 30 [dollar emoji]”) or the infamous/deadly Facebook Relationship Status Change.

If ghosting is more of your thing, you don’t even need WiFi or a phone for that matter. There is the side effect of the intense shame and awkwardness when you inevitably see that person again. Of course, if you’re at a WiFi hotspot when that happens, simply order a ride to hightail it out of there.