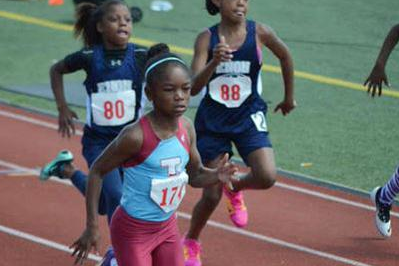 Avery Lewis, 9, from Chester County is the fastest kid in the country.

FOX 29 followed the story of Avery Lewis, a 9-year-old girl who is part of the Infinity Track Club, a group of 35 young runners taught by volunteer coaches.

“Practice the way you want to perform. If you practice well, most likely when you get out there on performance day you'll perform well,” Avery told FOX 29.

This point of view has been panning out well for Lewis. In December, she set a national record for the 55-meter dash at the Colgate Women's Games, finishing in under 8 seconds to become the fastest kid in the United States.

The record represents a remarkable accomplishment for a girl her age, as Avery's time is better than many competitors several years older than her.

If she continues to pursue track and devotes herself to becoming an athlete, it's quite possible Lewis could one day be an Olympic runner.