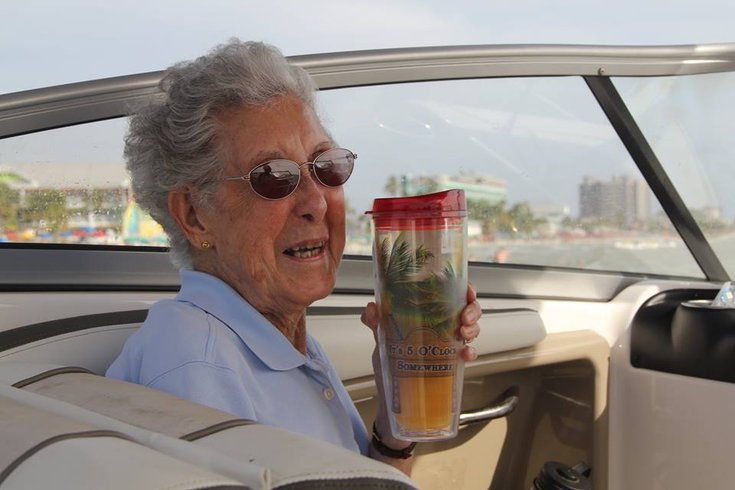 Norma from Michigan enjoys a boat ride near Fort Myers, Florida, in a photo uploaded to Facebook on Dec. 23, 2015. Norma, diagnosed with cancer passed on chemotherapy treatment in favor of going on a cross-country road trip with her family.

A 90-year-old Michigan woman is making her mark during Women’s History Month by deciding to live life to the fullest, even when the odds were against her.

Just days after her beloved husband of six decades passed away, Norma learned the unthinkable: she has uterine cancer.

While most cancer patients begin to discuss treatment with their doctors, Norma – as she is identified in multiple media reports and on the Facebook page created to track her adventure – decided to be brave and said these words to her doctor: “I’m 90 years old. I’m hitting the road.”

Since August 2015, Norma, has been sharing her journey with the world from a Facebook page cleverly called “Driving Miss Norma,” which to date has more than 100,000 likes and shares gorgeous pictures of her visiting some of America’s landmarks like Yellowstone National Park, the Kennedy Space Center, Disney World and the Grand Canyon.

According to the Facebook page, the brave woman even took a ride in a hot air balloon and welcomed a CBS News crew to capture her story.

Hopefully Norma will make a stop in the city of Brotherly Love for a cheesesteak before she concludes her journey.