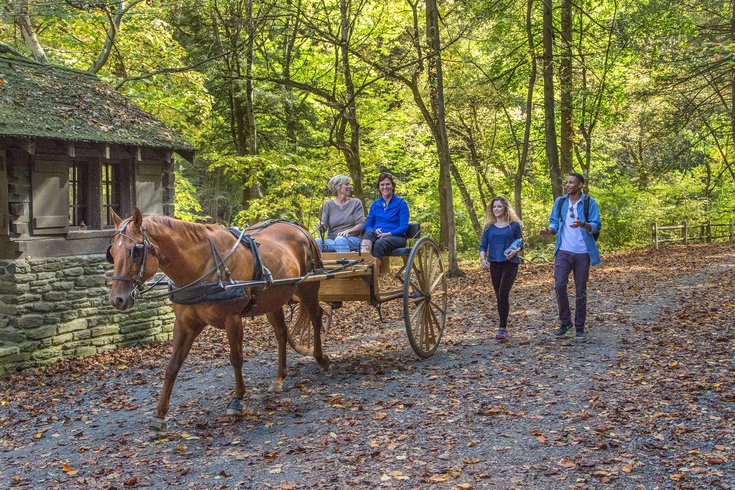 Ever go for a run through Wissahickon Valley Park, often simply called Valley Green, and wonder why the main trail is named Forbidden Drive? When the weather is nice, and even in the snow, the trail is full of runners, bikers, hikers and walkers. It hardly seems people are forbidden to use it.

The name actually dates back to the 1920s, when a group protested vehicles being able to use the dirt path.

"Almost 1,000 people on horseback and in horse-drawn carriages [marched] down the Wissahickon Turnpike to show their support for keeping the park free of automobiles. The equestrians were supported by 12,000 spectators. Because of their successful defeat of the proposal, Wissahickon Turnpike became known as Forbidden Drive," Northwestern Stables Inc., a nonprofit organization, states on their website.

Northwestern Stables Inc. is an organizer for the 95th Annual Wissahickon Day Parade and Horse Show, which celebrates Forbidden Drive. The event will take place April 24.

Then a Fancy Hat competition will take place with prizes awarded in three categories: fancy, clever and funny.

Once the show ends around noon a parade of horses will line up to proceed down Forbidden Drive.