A guide to the 2016 Philly Pride Parade and Festival

This will be the event's 28th year 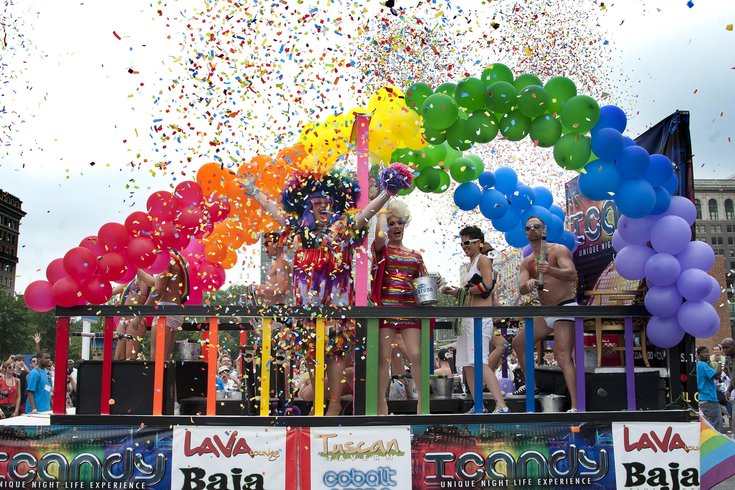 The 28th Philly Pride Parade and Festival is quickly approaching. The theme for 2016 is "Are You Connected?" which is fitting for the year with the most event partners ever.

The theme, and the chosen Parade Grand Marshals and Honorees, "illustrates the inclusion, tolerance, acceptance and diversity at work in the City of Brotherly Love and Sisterly Affection," according to event coordinator Philly Pride Presents.

The Philly Pride Parade will begin at 11:30 a.m. on Sunday, June 12 at the intersection of 13th and Locust streets in the Gayborhood. The judging for the parade will take place on Market Street in Old City.

Around 1 p.m. the parade will reach the Philly Pride Festival at the Great Plaza at Penn's Landing.

Festival attendees can enter the Great Plaza as early as noon to score spots near the stage. Deborah Cox is the 2016 headliner.

At the festival, there will be close to 150 community groups and vendors, free health screenings, a dance floor, games, a dunk tank, food and beer and other entertainment.

Wristbands are required to join in the six-hour festival, but the parade is free.

On Friday, June 10 all are welcome to attend the kickoff party for Philly Pride Parade and Festival. On 12th and Locust streets there will be food, drinks and discounted festival wristbands, starting at 6 p.m.

Those who attend on Friday will be able to purchase the wristbands for $10. Day-of, the wristbands will be $15 per person and will be available along the parade route or at the gates of the Great Plaza. The lines and hassle of buying day-of (plus the discounted price) make buying before the parade worthwhile.

Those buying wristbands at the parade can find them at the intersection of Second and Market streets.

Three other pre-parade events will take place on Saturday, June 11. The William Way Homecoming brunch is from 11 a.m. to 2 p.m., the Philly Dyke March is at 3 p.m. and Gay Bingo's 20th Anniversary starts at 6 p.m.

Again this year, there will significantly less parking spaces at the Great Plaza due to the opening of Summerfest.

Public transportation will be available and the easiest option is to take the SEPTA Market-Frankford line to the Second Street stop. From there, walk over the Market Street Bridge. The Great Plaza at Penn's Landing will be straight ahead.

There is also an Indego Bike Share location at Foglietta Plaza at Columbus Boulevard and Dock Street, which is near the festival location.

Anyone attending the festival with backpacks, be prepared for longer lines entering the Great Plaza. Backpacks will be checked before entrance is permitted.