A Q&A with J.B. Smoove from 'Curb Your Enthusiasm'

The stand-up comic, who recently wrote a book in character, talks improv and quips how Larry David has 'ruined' him 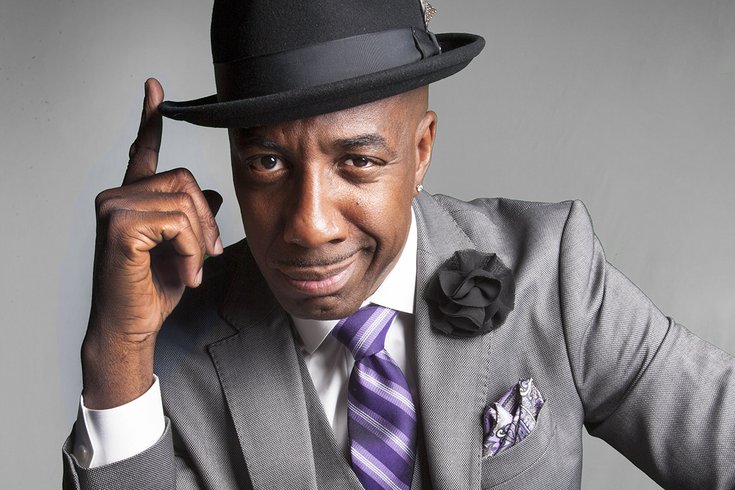 J.B. Smoove's breakout role on "Curb Your Enthusiasm" as Leon Black has firmly planted him as one of the best comedic actors today.

J.B. Smoove – comedian, actor, writer – is currently starring as the hilarious Leon Black in the ninth season of Larry David's "Curb Your Enthusiasm," back on air after a six-year hiatus.

In an interview with PhillyVoice, Smoove talks "Curb," The Book of Leon: Philosophy of a Fool, which he penned as the character, and his stand-up comedy.

Smoove will be at the Valley Forge Casino Resort in King of Prussia on Nov. 17.

Q. What's it like working with Larry David and improvising on the "Curb Your Enthusiasm" set?

A. I don't think we realize how much we prepare ourselves for certain things. When I first started doing stand-up, the first thing I did was take an improv course. I'll tell anybody – I think improvising comes in handy for any profession because I think it allows you to step out of that structured situation and be able to change gears.

Working with Larry and working on 'Curb,' who knew me taking an improv course 25 years ago would come in handy? It's definitely fun. Larry is a master at what he does. He's a genius. He puts you in these amazing situations with the outlines he gives us for the show – it doesn't have any dialogue or a script. It just opens your character up to these different storylines that you can create in the moment.

Q. You recently wrote a book in character as Leon. What made you decide to do that?

A. At first, I was going to do a J.B. Smoove book and I started writing it.

One day, I was on set with Larry and we were talking in-between scenes and I was saying, 'I'm writing this book. I'm about a quarter through it and it's coming along good.' Somehow we started talking about Leon and Larry said, 'You know what, you got to write a Leon book.' I said, 'Wow, you know, I was thinking about that but I wasn't sure I would be allowed to do it.'

I went home, scrapped everything else I was working on and started working on a Leon book. I felt like the character had a unique voice that people who are true 'Curb' fans love. They love the insight he gives Larry – his 'good/bad' advice. I always say, 'Leon, he ain't wrong, he just ain't right' [laughs].

I wanted the book to be smart, funny and fun, but I didn't want to write over the character's head. I wanted to write on things that Leon would be knowledgeable on. I wanted to make it a point to address all the Leon-isms that people love – like 'Get in that a**, Larry' – and give clarity on who this dude is.

While I was writing the book, I would make sure to channel Leon. I would put my little do-rag on, put my little slippers on, my little robe and my socks up to my knees, and I would feel the character even more because I felt that living vicariously through him would set the tone for the book to be real true to character."

Q. Are there ever moments in your everyday life where you think, "This could be a plot on 'Curb?'"

A. It's almost like you can't help it, but you almost become Larry, in some sense. You see exactly what he sees. Everything becomes a 'Curb' moment.

The other day I was at a restaurant. You know how they ask if you want the sparkling or flat water, and they bring the big bottle over, and they pour the water in the glass and then take the order? While the waitress was taking our order, she was, you know, relaxed, and she ended up putting her whole hand on top of the bottle of water, just covering the whole open top of the bottle while she's talking with us.

I'm sitting there looking at her, looking at the bottle. My wife kicks me under the table and I think, 'Wow, we've become Larry David. We notice every little nuance in life now.'

There's so many things. Like when holding the door open for people, I'm conscious of the distance away they are. Should I let the door go or should I still hold it? Like parking, when people are parked over the line. Larry has ruined me [laughs].

Q. What can people expect from your stand-up performances?

A. I don't really plan my [stand-up] shows. I like my show to be determined by the direction my audience takes me, so I like to improvise a lot in my show. I like to make every show its own thing – its own entity. I like to be in the moment with my audience.

I never like to be a robot on stage. I like to just have fun and use my instincts to have a good time. That's the great thing about doing stand-up, and I've been doing it so long. I've been doing [stand-up] almost 30 years.

Q. What drew you to a career in comedy? You've had so much success but it's definitely a tough business.

A. It is, but I've always been that fun friend, that fun guy, who was always trying to make sure that people have a great time at parties and family reunions. My whole family is funny as hell! I got lucky. All my friends were funny in high school. All my college buddies have great personalities. I think what happened was, I'm just a product of my environment.