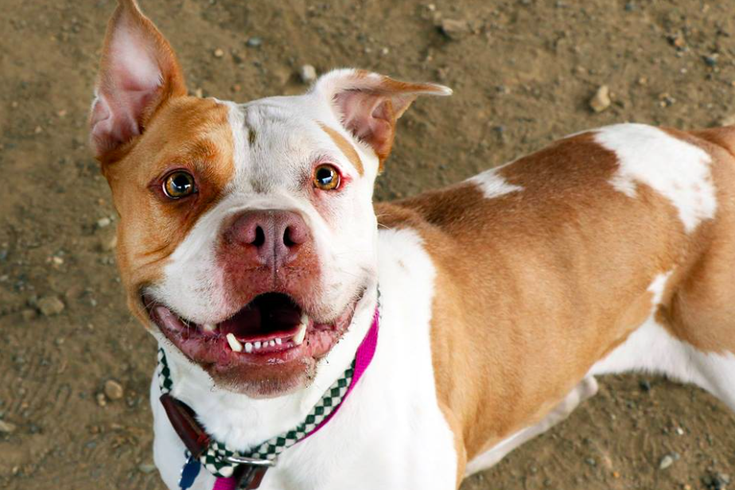 Daja is one of 62 large dogs available for free adoption at ACCT Philly.

The Philadelphia Animal Care and Control Team (ACCT) is at full capacity and seeking homes for dogs who will otherwise potentially be facing euthanasia.

In a dire message on Facebook, ACCT Philly wrote Wednesday that its kennel space is currently occupied by 62 large dogs — those over 35 pounds — whose adoption fees will be waived in order to spare their lives.

"Despite valiant efforts from staff, rescues, and volunteers, we are at the point where we may need to euthanize for space," the organization wrote. "We've worked 12 hour days. Large dogs are free to adopt. We lowered the doors to A Row, creating nine more kennels. Rescues have pulled past their usual comfort level. Volunteers are promoting dogs for adoption. We are diverting surrenders by making appointments for next week. But it's not enough: we need people to open their homes to a dog in need. And we need people to avoid surrendering at all costs."

"Every large dog adopted at the EAC opens up kennel space for a dog from our North Philly headquarters," the organization wrote in a separate Facebook post.

The announcements come just days after the Lancaster County SPCA announced it will shut its doors next month. Within the week, all of its dogs and other animals had already found homes.

ACCT Philly is located at 111 West Hunting Park Avenue. Adoption hours are weekdays from 1 p.m. to 8 p.m. and weekends from 10 a.m. to 5 p.m. Information on adoptions can be found here.