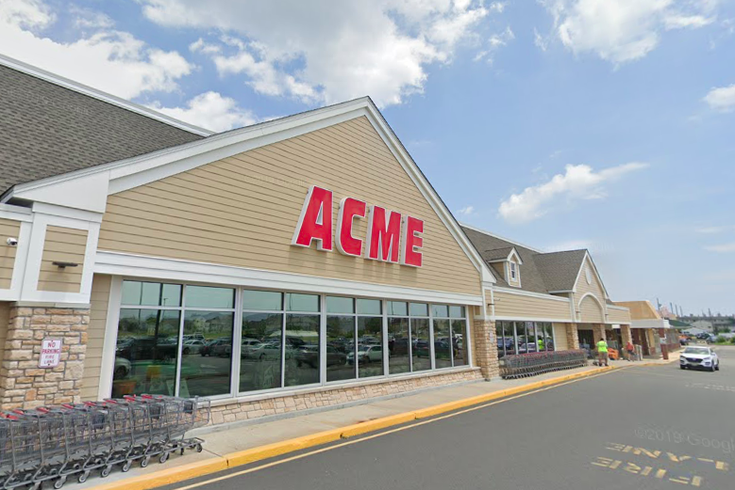 A New Jersey mother of three is suing Acme Markets for alleged discrimination and retaliation for seeking accommodations to pump breast milk at a supermarket in Ortley Beach, Ocean County.

Acme Markets is facing a discrimination lawsuit filed last week on behalf of a Pemberton woman who claims her supervisors harassed and fired her over a request to pump breast milk.

Jessica Rasmussen, 35, was an employee in the Ortley Beach supermarket's deli department for about three years prior to the incidents that led to her dismissal. The lawsuit claims the mother of three never received any negative feedback about her job performance during her time there.

The lawsuit was filed in Ocean County Superior Court by Christopher R. Shea of the Toms River law firm R. C. Shea and Associates. Shea provided a copy of the lawsuit to PhillyVoice.

Rasmussen returned from maternity leave last June and requested a "reasonable accommodation" to allow her time to pump breast milk, the suit says. She had concerns about the medical implications of not pumping milk.

In 2018, former Gov. Chris Christie amended the state's Law Against Discrimination to include breastfeeding or pumping breast milk, giving nursing women status as a protected class. The amendment requires employers to provide such accommodations for nursing women unless it would result in undue hardship.

When Rasmussen made these requests, her direct supervisor told her she would have to go out to the parking lot if she wanted to pump breast milk, according to the lawsuit. Rasmussen also allegedly was told she would have to clock out and inform her manager when she was going to pump milk.

Rasmussen objected to those conditions and told her supervisor she was going out to pump milk.

"If you walk out to pump, you don’t have a job," the supervisor allegedly replied.

Due to her medical concerns, Rasmussen decided to pump her milk at that time.

Acme contacted Rasmussen on July 21 to determine why she did not return to work. Rasmussen explained how she was treated by her supervisor when she asked to pump her breast milk, according to the lawsuit.

After reviewing the incident, Acme rehired Rasmussen and said she would be reassigned to stocking shelves. The company told her she would still need to go to the parking lot in order to pump breast milk.

But when Rasmussen returned work, her manager allegedly told her to report back to the same deli supervisor who had fired her.

"What the f*** do you want? I don't want you working my department!" the supervisor allegedly told her. "You cause me nothing but problems and I could've lost my job."

According to the lawsuit, Rasmussen was verbally harassed for the rest of the day and did not request to pump breast milk in order to avoid mistreatment.

She claims she came down with a fever later that day and was diagnosed with mastitis, an infection that occurs when milk ducts become clogged. She had to miss work for two days, according to the lawsuit.

When Rasmussen returned to work, the supervisor allegedly continued to verbally harass her. She decided to leave and did not return.

Rasmussen contacted the company's human resources department to complain of "continuing retaliation," but did not hear back from Acme Markets until a week later, when she received a latter informing her that her employment had been terminated, according to the lawsuit.

Rasmussen's suit claims Acme Markets discriminated against her and retaliated for reporting her supervisor's behavior.

The lawsuit seeks compensatory and punitive damages, as well as attorneys fees and financial damages for lost wages. Additionally, the lawsuit seeks Rasmussen's reinstatement, a clearing of her employment record, consideration for promotions and cooperation with future employers.

Through this lawsuit we intend to determine once and for all why this multi-state conglomerate with nearly $1.44 billion in annual revenue failed to properly monitor its employees to ensure that its management did not – in this case repeatedly and without consequence – discriminate and/or retaliate against a new mother who merely requested a place to pump breast milk. One incident of discrimination is intolerable, but what we see in Jessica’s case is a pattern of systemic abuse that ultimately resulted in her termination.

ACME had months to investigate this claim but chose to terminate Jessica without concern for her ability to support or provide for her new child. As a result, we seek to hold this company accountable and to send a message that conduct like this will not be tolerated anywhere in New Jersey.

A spokesperson for Albertsons, the parent company of Chester County, Pennsylvania-based Acme Markets, said the company is unable to comment on pending litigation.