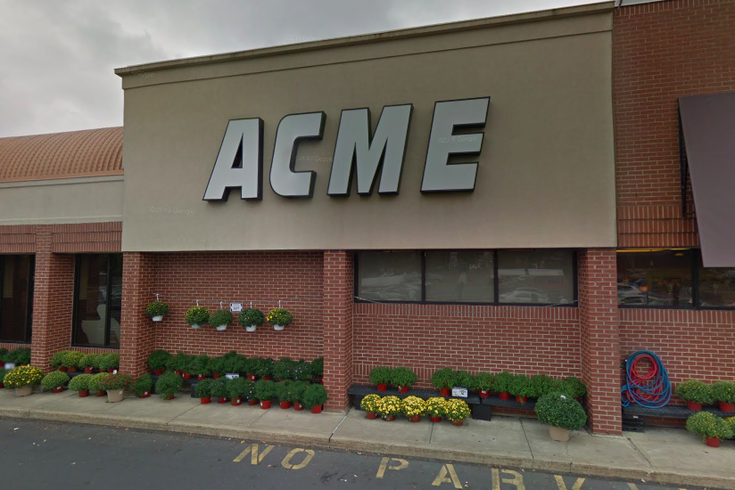 A winning PA Match 6 lottery ticket worth $4.15 million became the subject of a lengthy dispute between an Acme market in Doylestown and a former employee who purchased the 'mistake' ticket after it had been rejected by a customer.

A former longtime employee of an Acme supermarket in Doylestown has been ordered to give back a winning, $4.15 million PA Match 6 ticket that she claimed last year from the store's pile of discarded "mistake tickets."

On March 21, 2019, a customer at the Doylestown store asked to purchase five PA Match 6 tickets at a price of $2 for each set of numbers. After the tickets were generated, the customer rejected them and asked the store clerk to print five different tickets for him.

In these instances, Acme's policy is to place printed "mistake tickets" in a pile that is later reconciled with the Pennsylvania Lottery as part of a weekly balance that covers all tickets generated by the store's WAVE terminal, including those sold and not sold to customers.

If the store holds a winning ticket in the mistake pile, it is entitled to claim the winnings.

Seltzer arrived at her Acme shift at the customer service desk a few hours after the transaction that produced the mistake ticket. The Match 6 drawing occurred at 7 p.m. About an hour later, Seltzer scanned through the mistake pile and found the winning ticket, a practice she had done in the past.

Instead of leaving the ticket to be processed by the store coordinator, Seltzer took $10 from her purse and rang up a transaction for the same price as the customer's original, canceled purchase of the tickets. She was still on the clock at the time and never consulted with anyone at Acme about purchasing the mistake ticket. She signed the back of the ticket and submitted it to the Pennsylvania Lottery.

After Seltzer claimed the winnings, Acme received the lottery's customary $10,000 store bonus for the ticket. She had told fellow employees and friends, but remained vague about when and how she bought the ticket.

Acme management decided to review security footage from the store and determined that Seltzer had tried to purchase the ticket after the Match 6 drawing was complete. Typically, Acme will have a right to sell "mistake tickets" to customers before the drawing. Those that aren't sold go through weekly reconciliation.

The company filed a complaint on April 16, 2019 and the winnings were placed in an escrow account pending resolution in court.

In her cross-motion, Seltzer argued that Acme had failed to provide sufficient evidence of a property right to the winning ticket. She claimed that since her purchase of the ticket occurred before Acme's reconciliation with the lottery, she was the rightful owner of the ticket under the provisions of the Pennsylvania Lottery Code.

The trial court last November dismissed Seltzer's claim that she had acquired superior title to the ticket.

"It is simply absurd for [Ms.] Seltzer to essentially argue that Acme would have willingly sold a ticket worth $4,150,000 for $10," the judge determined at the time.

In an appeal filed the next day, Seltzer argued that the trial court erred in the case by applying the Uniform Commercial Code instead of State Lottery Law and its regulations. The Pennsylvania Lottery Code provisions hold "that a ticket is a bearer instrument deemed to be owned by its possessor, and that the ticket itself is the only valid receipt for claiming a prize."

Superior Court Judge Mary Jane Bowes dismissed Seltzer's appeal this month on grounds that the contract terms in Acme's lottery retail license establish a property right in all tickets generated by the WAVE terminal. The store is financially liable for all tickets that are generated, with no recourse to return or refund them under any circumstances. Acme fully bears the loss of non-payment by a customer who requests a ticket be printed, but ultimately does not buy it.

No evidence was provided of any instance in which Acme allowed an employee or customer to purchase a post-drawing mistake ticket after its winning value had been determined.

Acme therefore argued that it became the owner of the ticket as soon as it was printed, despite Seltzer's claim that she had purchased the ticket before the weekly settlement. The Superior Court agreed with Acme:

We find Ms. Seltzer’s legal arguments to be devoid of merit. We first reject her nonsensical musings that adopting Acme’s position would destroy the integrity of the Pennsylvania Lottery. The delay between the generation of tickets and reconciling those transactions with the Department does not afford a retailer an opportunity to pay only for winning tickets. Nor does it provide any better chance of purchasing a winner than a customer who pays for her chances up front. Acme and all retailers are eventually responsible for paying for each ticket they print, whether it is a winner or a loser. The odds of actually winning, and the financial repercussions of printing a ticket that does not win, are exactly the same no matter when the ticket price is paid to the Lottery.

The court ultimately ruled that no reasonable fact-finder could conclude that Seltzer acted with the good-faith belief that she could lawfully purchase a lottery ticket worth $4.15 million for the price of $10.