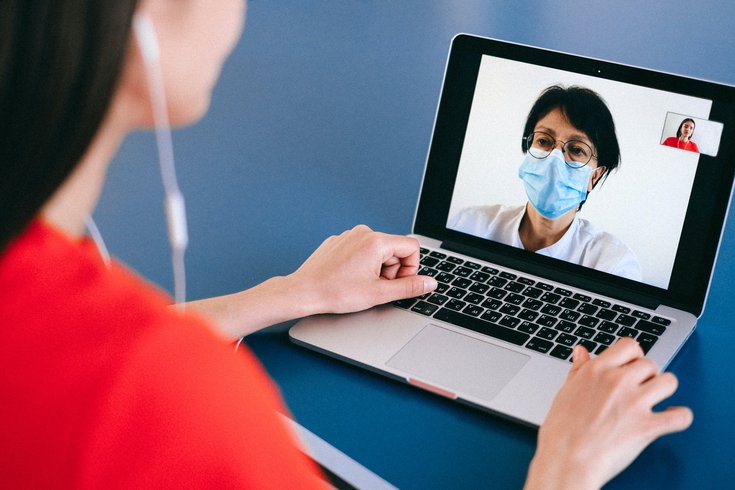 A digital divide in telemedicine needs more equitable solutions to ensure greater access and insurance coverage, say researchers at the University of Pennsylvania. A new study in JAMA Network Open examines inequities seen during the early period of the coronavirus pandemic.

The lockdowns of the coronavirus pandemic heralded a major shift to telemedicine for patient care in 2020, offering an alternative to in-person appointments during a time of social distancing.

But evidence from the early days of the COVID-19 crisis suggests the benefits of telemedicine were not enjoyed equally by all, with signs of disparities impacting older Americans, minorities and non-English speakers the most.

Researchers at Penn Medicine examined data for approximately 150,000 patients of a large academic medical system. These patients previously had scheduled primary care or ambulatory specialty visits between March 16 and May 11, the period representing the first surge in coronavirus cases and associated stay-at-home orders.

At the outset of the pandemic, Center for Medicare and Medicaid Services relaxed some of its regulations for telemedicine, particularly for video-based visits. This made insurance reimbursement more broadly accessible, but also created technical challenges for those who lacked necessary means and could not get phone appointments covered.

The Penn research team analyzed patterns of telemedicine access, from phone calls to video sessions, to determine how well patients were able to take advantage of these services.

"As we begin to establish novel ways of caring for our patients via telemedicine, it is critical that we make the foundation of this new way forward equitable," said Dr. Srinath Adusumalli, the study’s senior author. "We hope that regulatory and payer organizations recognize potential inequities that could be introduced by policies they create — which might include not reimbursing for telephone visits, and potentially leading to lack of access to care for particular patient populations, specifically those disproportionately affected by events like the COVID-19 crisis."

Patients who were older than 55 were 25% less likely than the average patient to successfully participate in a telemedicine visit. Those over 75 were 33% less likely, the researchers found.

A further breakdown showed that people who were Asian were 31% less likely to conduct a telemedicine visit. Those who didn't speak English were 16% less likely.

Patients who use Medicaid for insurance were about 7% less likely than the average patient to conduct a successful telemedicine visit.

Overall, patients making less than $50,000 per year also were 43% less likely to have a video telemedicine visit than those earning more.

Since the early period of the pandemic, telemedicine has increasingly been utilized for behavioral health and chronic illness-based visits, according to another study out of Harvard University.

"It is critical that complete payment parity for all types of telemedicine visits, by all insurance payers, is guaranteed permanently," said Dr. Lauren Eberly, the study's senior author. "Less reimbursement for telephone visits may disproportionately and unjustly hurt clinics and providers that care for minority and poorer patients."

The study was published this month in JAMA Network Open.

"We currently have broader research underway to better characterize what patient-specific and provide-specific barriers exist," Eberly added. "If we can understand these barriers, it could help guide telemedicine implementation strategies that will benefit everyone."