Adoptive mother, boyfriend to get separate trials in death of Abington teen 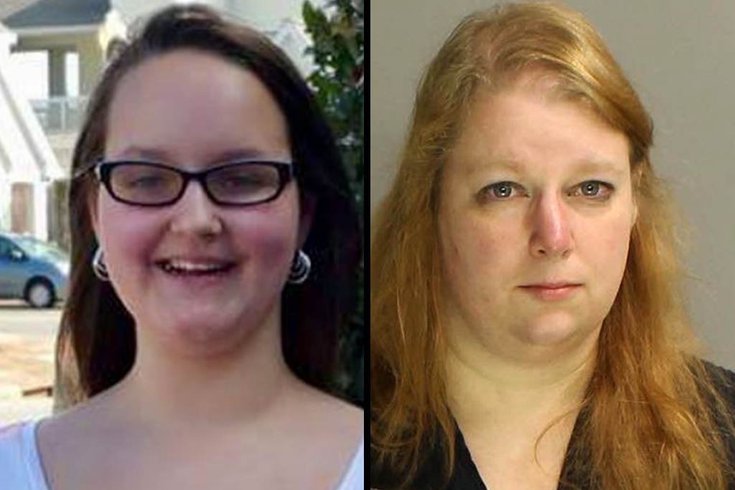 The body of Grace Packer, 14, left, a student at Abington Junior High School, was found in northeastern Pennsylvania on Oct. 31, 2016. Her mother, Sara Packer, right, pleaded not guilty to 11 felony charges, including criminal homicide, in the death of her adopted daughter.

Prosecutors in Bucks County are no longer seeking to try a mother and her boyfriend together in the killing of her daughter.

With the district attorney's decision, it looks like Sara Packer, 43, and Jacob Sullivan, 44, will get separate homicide trials, her attorney told the Associated Press.

The couple was charged in the rape and killing of 14-year-old Grace Packer of Ardsley in Abington Township, allegedly killing the teen at their Quakertown home on July 8, 2016.

A defense request to bar prosecutors from using statements by Sullivan against Sara Packer will be decided later.

Packer, of Richland Township, Bucks County, pleaded not guilty at her arraignment in March before Judge Diane E. Gibbons. She faces 11 felony charges, including criminal homicide, and nine misdemeanors for her alleged role in the death of her adopted daughter.

Prosecutors allege Sullivan, a Horsham resident, admitted raping the girl while Sara Packer watched in the attic. The couple allegedly then gave Grace pills to sedate her, bound and gagged her, and left her in the attic, police said.

According to prosecutors, the couple stored the girl’s body in cat litter until October 2016, then dumped it in a remote area of Luzerne County where it was discovered by hunters.

Prosecutors have said they plan to seek the death penalty against Sullivan and possibly Packer as well.

Sara Packer, a former adoptions supervisor, adopted Grace when the girl was three years old. Grace reportedly had been abused or neglected in at least prior three homes during her life.