'I'm happier': Questlove shares how the COVID-19 pandemic impacted his lifestyle and hairstyle 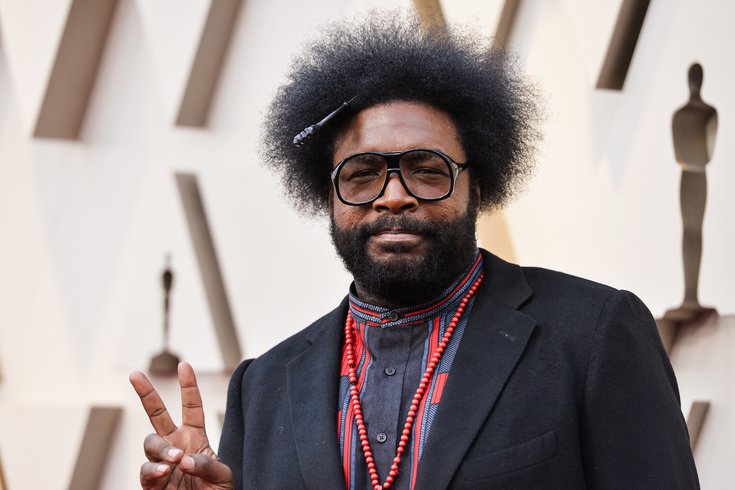 The COVID-19 pandemic has changed each of our lives in one way or another over the last 16 months. For Ahmir "Questlove" Thompson, that meant buying a farm in upstate New York and even doing away with his iconic hairstyle.

During an appearance Wednesday on "Fresh Air" with host Terry Gross, The Roots drummer shared how he learned to embrace silence as he sought out a rural setting amid the public health crisis.

"The last year has really been a big lesson for me in terms of self-love," the musician told Gross. "I was world famous for being a machine. I thought chaos was the only way that I could exist. But now I embrace quiet, and I can hear myself think."

The Philly native also said that the COVID-19 pandemic has allowed him to slow down and take more time to care for himself than he had before.

"Had [the COVID-19 pandemic] not happened, I would have probably been on an express lane to the next life," Questlove told the NPR host. "As you can see with all my peers in hip-hop, a lot of us ... thought that not getting shot in the club was the victory. 'Ah, OK. I'm 35 now. I'm too old to get shot in the club,' because that was always a concern in the '90s. Now there's a new getting 'shot in the club,' which is strokes, cardiac arrest, our mental health and whatnot. A lot of us can't even get past the age of 60; so many of my peers in hip-hop are succumbing ... in their 50s. Like 10 a year. So it's a fight to the finish. I'm at probably the best place I've [ever been] right now. I've lost over 100 pounds. I'm happier. I'm just happy to be alive."

But looking out for himself more often wasn't the only change that the public health crisis brought about in Questlove's life. The artist changed his signature hairstyle of an Afro with a pick during the pandemic.

"I kind of retired [the Afro and pick]," Questlove told Gross. "I just think I got tired of searching for [the Afro pick]. Like the panic of 'I gotta go back and get my Afro pick' was really just getting on my nerves."

"And when I was quarantining I'd pretty much been wearing my hair braids, just so I wouldn't have to deal with the nightmare of doing my hair for an hour every day," he continued. "Occasionally I bring my Afro out, but I'm kind of enjoying the anonymity of what life was like wearing a mask and having my hair braided, like the places I could go to and not be recognized. It's been kind of awesome. So I'm enjoying my newfound freedom without looking like Questlove."

The newly-minted film director has previously shared how COVID-19 affected the production of his musical documentary "Summer of Soul," which tells the story of the 1969 Harlem Cultural Festival.

Putting together the film "just kept me sane" during the pandemic, Questlove said last week during an appearance on "Late Night with Seth Meyers."

Guesting on "The Tonight Show with Jimmy Fallon" last month, the musician said that the COVID-19 pandemic and civil unrest across the country last year changed how he and his team approached the project.

"When we went into lockdown, that first day when we all knew, 'Oh, this is real, our lives are never going to be the same in the future,' the irony wasn't lost on me that the circumstances that were happening in '67, '68, '69 and '70 were occurring to us right now 50 years later," Questlove told Fallon. "We saw it as a chance to contextualize for people like Gen Z and millennials, who aren't familiar with those acts, but why they all got together and used their voice for activism. We really went deep into the narrative of just why it's important and so that's why I feel like it covers everything. Even if you're just there for the music or you see the message of why this concert had to be thrown, it covers all the generations."

"Summer of Soul" is available to stream on Hulu.