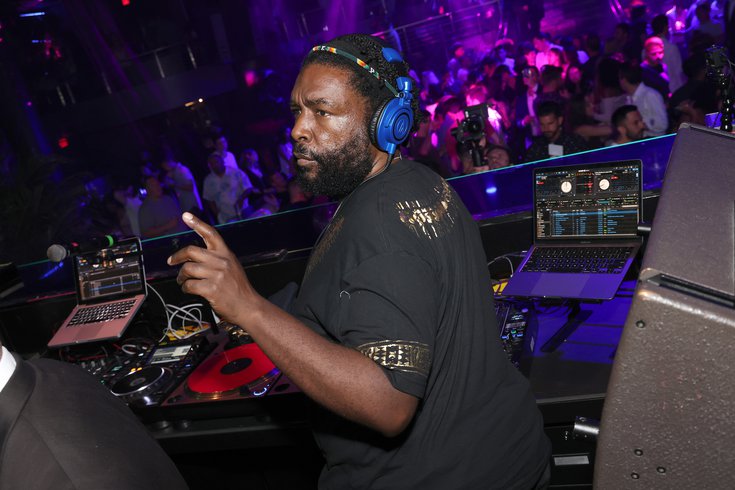 Questlove's first experience with the Harlem Cultural Festival came in 1997 while on tour with The Roots in Japan.

Ahmir "Questlove" Thompson's film directing debut, "Summer Of Soul (...Or, When the Revolution Could Not Be Televised)," is now available to the general public to watch, and the two-hour-plus documentary is nothing short of fantastic.

The film tells the story of the 1969 Harlem Cultural Festival and the event's musical, historical and societal impact through archived footage and interviews with performers and attendees.

About 300,000 people attended the event, which ran from late June through August 1969. But its place in history has been obscured by a lack of exposure in subsequent decades.

One of the event's producers, Hal Tulchin, filmed more than 40 hours of footage from the summer series. Most of it never saw the light of day due to a lack of interest in the festival and sat in boxes inside Tulchin's basement for 50 years – until The Roots drummer was tapped to direct the documentary.

When he sat down to watch the footage, Questlove described it as "lightning in a bottle." But during an appearance on "Late Night with Seth Meyers" Wednesday, the musician shared that his first experience with the Harlem Cultural Festival came while on tour with The Roots in Japan in 1997 — although he had no idea what the event was.

"My translator looked at my afro and was like, she kind of put two and two together like, 'You remind me of Don Cornelius from Soul Train,'" Questlove told Meyers. "She took me to a place called the Soul Train Cafe, which is basically kind of like a Friday's with better fonts. There were monitors all over the restaurant and I just happened to see a two or three-minute clip of Sly and the Family Stone from one of the faraway cameras. And so at the time, I didn't realize I was watching the Harlem Cultural Festival. I thought it was the Montreux Jazz Festival or something like that in Europe."

Questlove admitted in an interview with Variety earlier this year that he was unfamiliar with the event when producers pitched him the film. The Philly native told Meyers that several musical experts he consulted with had no knowledge of the event, thus only increasing his skepticism that the festival ever actually happened.

Before the musical documentary was released to the general public this summer, "Summer of Soul" officially debuted earlier this year at the 2021 Sundance Film Festival, where it won the grand jury prize and the audience prize in the nonfiction category.

"This was my pivot in pandemic sort-of-thing that just kept me sane, you know, while we were waiting for what was happening," Questlove told Meyers. "I didn't realize what was my passion project would even resonate with the world like this so I'm very excited."

The Harlem Cultural Festival was graced by more than 30 performances from music legends like Stevie Wonder, Nina Simone, Sly and the Family Stone, B.B. King, Gladys Knight and The Pips and more. It took place during the same "Summer of Love" as the more well-known, three-day event in upstate New York.

Initially, Questlove wanted to call the film "Black Woodstock," a nod to the fact that the festival preceded and later overlapped with the world-famous Woodstock festival in New York in 1969.

But the title was ultimately changed because the musician thought it would be a disservice to compare the two, though the documentary points to the forgotten relevance of the Harlem event.

"Summer of Soul" is now available on Hulu and in select movie theaters.