His Airness isn't just a Hall of Fame basketball player and excellent amateur golfer; he's an accomplished angler, too 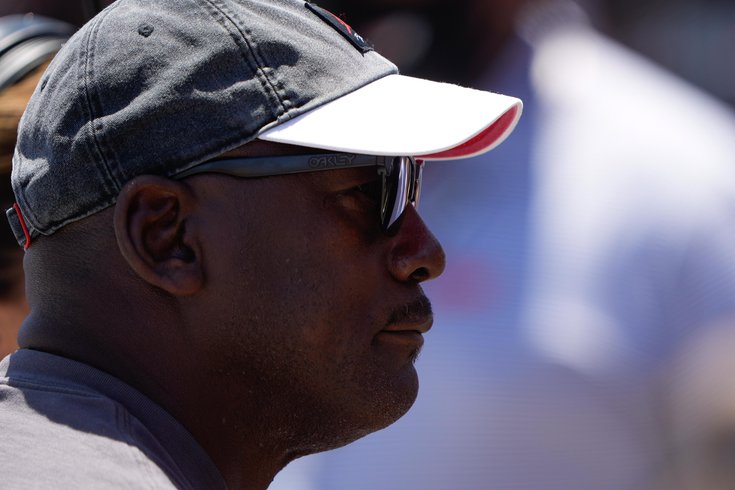 Michael Jordan was also spotted having dinner at Steve and Cookie's By the Bay in Margate Tuesday night.

Michael Jordan is arguably the greatest basketball player of all time. Since retiring, he most frequently can be found playing 18 holes of golf when not having to tend to his ownership of the Charlotte Hornets.

But it appears that Jordan has also taken up sports fishing in his post-playing career, and that very hobby has brought the Basketball Hall of Famer to the Jersey Shore this week.

MJ and his Catch 23 team are down the shore for the Jimmy Johnson Atlantic City Quest for the Ring Championship Fishing Week, which kicked off Monday. The 23 refers of course to the jersey number that Jordan made famous.

The event, which is hosted by the Pro Football Hall of Fame head coach, features three days of competition for a $1 million purse. This is the first time that Atlantic City has played host to Johnson's annual fishing tournament, which takes place every March in South Florida, and this week's contest is the first time they've expanded.

Jordan's boat, a Viking yacht named Catch 23, is parked in the marina at the Golden Nugget, where the event is being held, according to local photographer HughE Dillon. Jordan is apparently staying at the Borgata this week.

GUYS I FOUND HIM! 🐐 #michaeljordan pic.twitter.com/qH6HEETVVR

When not competing, Jordan has been enjoying the local dining scene. He was spotted out to eat at Steve and Cookie's By the Bay at 9700 Amherst Avenue in Margate on Tuesday night. Jordan was seen walking out of the restaurant and smoking one of his trademark cigars.

Thanks to my reader for sending me this. >> Basketball legend Michael Jordan leaving Steve & Cookies By The Bay in Margate, NJ. Supposedly he’s in town for the Jimmy Johnson A.C. Championship Fishing Week. Thanks 😊
🎥Steve Schoeffler pic.twitter.com/w49cTR50nq

MJ spotted at the shore at the great Steve and Cookies by the bay in Margate! NJ!! pic.twitter.com/b6HRmDlI7v

Jordan is one of eight anglers on the Catch 23 team. While the team didn't catch any fish during the first day of competition on Tuesday, Catch 23 has already caught three white marlins on Wednesday, according to the competition's website. Jordan reeled in one of them himself.

Like on the basketball court and the golf course, Jordan is no slouch at sports fishing. Jordan and his crew won a sailfish tournament in North Palm Beach, Fla. last month, according to USA Today.

This is not Jordan's first notable trip to Atlantic City and the Jersey Shore. A notorious gambler, Jordan infamously traveled down to Atlantic City to do some wagering at the casinos the night before Game 2 of the 1993 Eastern Conference Finals between the Chicago Bulls and New York Knicks. Jordan's Atlantic City venture came after the Bulls lost Game 1 of the series at Madison Square Garden.

Chicago went on to lose Game 2 and fall down 2-0 in the series, but it didn't end up mattering. Jordan and the Bulls won four straight games to eliminate the Knicks and advance to the NBA Finals, where His Airness captured his third-straight NBA championship by defeating the Phoenix Suns.

So if you're in the Atlantic City area this week, keep an eye out for Air Jordan.