Kate Winslet, director Craig Zobel and HBO have all said they'd consider continuing on with the murder-mystery series 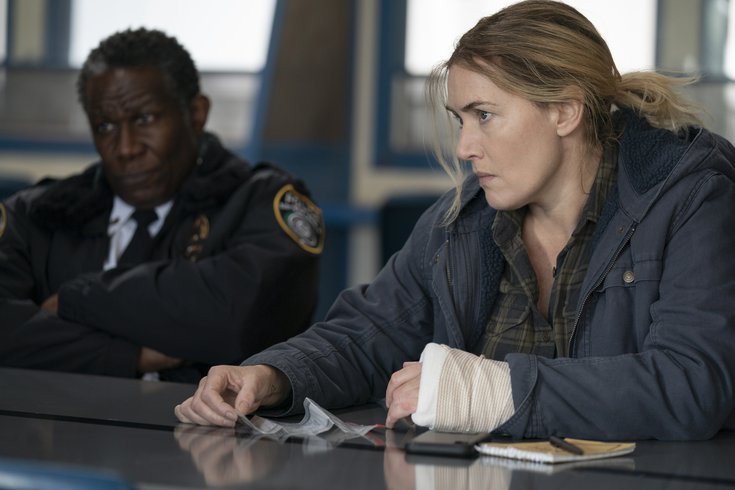 Actress Kate Winslet has said that she "would love" to reprise her role as suburban Philly detective Mare Sheehan.

Tuesday was a big day for "Mare of Easttown," as the murder-mystery show set and filmed in Philly's suburbs racked up 16 Emmy Award nominations.

The popularity and critical acclaim of the seven-episode limited series has led to much speculation over whether there would, or should be, a second season.

But fans who are hoping for more scenes of Kate Winslet as detective Mare Sheehan in the near future shouldn't hold their breath.

"Mare of Easttown" creator Brad Ingelsby appeared on Tuesday's episode of "The Ryen Russillo Podcast," described the possibility of a second season as a "tricky" proposition.

"Listen, I love Mare (Sheehan) and Helen (Fahey) and Siobhan (Sheehan), like I love these characters so much. I would love to do it," Ingelsby, the show's writer and executive producer and a Berwyn, Chester County, native said on the podcast. "I think the trick is how do you do it well, and I think the big issue I have in terms of cracking a story is like what happens to Mare personally."

"I was convinced and I am convinced that we put her through such emotional trauma in season one and she kind of arrived at this place where she was able to confront the thing that's been haunting her and my worry is like are you ever going to be able to recreate that emotion or even come close to it, and if not, is it still worth doing, is there a different story that's worth telling," the Archbishop Carroll and Villanova graduate continued. "So, I mean, never say never, I don't know what the idea is. I'd love to tell another season of 'Mare' because I love her as a character and the chance to work with Kate again would be a dream. I just wish I had the great idea."

Ingelsby brings up a good point about the hurdles facing additional storylines.

When the series ended, viewers found Mare in a much better and happier spot than when they met her at the start of the show. Her family life improved, she made amends with her best friend Lori, she found a love interest in Guy Pearce's character Richard Ryan and she began to properly heal from the emotional scars left behind by her late son Kevin's suicide.

An almost-perfect bow was put on Mare's story when the series concluded in May. Untying that fitting conclusion to her character arc could prove challenging and problematic.

But given the show's success, discussions of a second season are warranted and understandable. Among the 16 Emmy nominations that "Mare of Easttown" received was Ingelsby for outstanding writing for a limited or anthology series or movie.

Winslet, the star of "Mare of Easttown," has thrown her support behind reprising her role as the suburban Philly detective. The British actress said in an interview with Deadline on Tuesday that a second season is an "ongoing conversation."

"I would love to play (Mare) again, I absolutely believe there’s more chapters to her story," Winslet told Deadline. "However, just because the story has touched people that doesn’t necessarily mean creatively we can do it again. But it doesn’t mean closing doors; we’re opening doors, exploring what’s behind the doors."

Winslet had previously indicated her desire to play Mare again in an interview with TVLine in May. Winslet's performance earned her a nomination for outstanding lead actress in a limited series or movie.

"I miss [Mare]. I really do," Winslet told TVLine. "It’s the strangest thing. I feel like I’m in mourning. It was an absolutely wonderful role. There’s something very addictive about Mare, because she’s so outrageous and lovable and brilliant and real, you know? I loved playing her."

"Mare of Easttown" director Craig Zobel said in May that he "would be excited to see a second season" because "Mare is an amazing character." But Zobel also said that he liked the show as the miniseries it already is.

If a second season were to become a reality, it would almost certainly air on HBO and HBO Max again. Ingelsby recently signed a three-year deal with the network to develop new television projects, according to the Hollywood Reporter.

Additionally, HBO and HBO Max Chief Content Officer Casey Bloys has shared an openness to a second season if Ingelsby and Winslet had a new story to pitch.

"If Brad felt like he had a story to tell that felt like it would be at the same level, I think everybody would be open to it," Bloys told Variety last month. "Right now, he doesn’t have that story. Who knows? We’ll have to wait to see if they come up with something they’re dying to tell."

"It’s a decision with Brad and with Kate. I would rely on them coming to us, saying, 'We think there’s more, here is what it is,'" Bloys told a press gathering in June.