'Philly D.A.' docuseries about Larry Krasner and Questlove's directorial debut both to premiere at Sundance 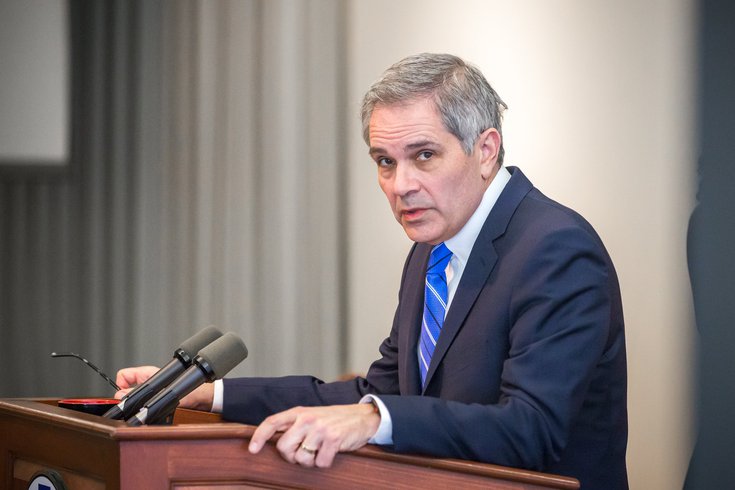 Philadelphia will be in the spotlight at 2021 Sundance Film Festival, with a docuseries about District Attorney Larry Krasner and a documentary directed by Philly native Questlove of The Roots set to premiere.

Philadelphia will be in the spotlight at Sundance 2021: a docuseries about District Attorney Larry Krasner and a documentary directed by Philly native Questlove of The Roots are both set to premiere.

The 2021 edition of the Sundance Film Festival, which typically takes place in Park City, Utah, every winter, will be held virtually, festival organizers said Tuesday.

The event, taking place Jan. 28 to Feb. 3., will also showcase fewer feature films than usual, showing only 72 films instead of the typical 120.

The two projects with strong connections to the Philly area still made the cut, despite new limitations.

The docuseries, titled simply "Philly D.A.," will premiere its first two episodes at Sundance on Feb. 2 at 7 p.m.

"Philly D.A." follows Krasner along the 2017 campaign trail to the position he now holds as Philadelphia's district attorney. It covers his support from local activists to bring criminal justice reform to Philly, and how successful his efforts have been.

Krasner's life-long efforts - which include famously suing the Philadelphia Police Department 75 times before becoming the D.A. - have often brought him criticism. Some say that the progressive prosecutor's left-wing policies like ending cash bail and decriminalizing low-level offenses such as marijuana possession are too tolerant. But others celebrate his support of social justice and anti-racism related-causes.

The series is co-directed by Ted Passon, a Philly-based director, and Yoni Brook.

"Through Philly D.A., we are able to bring the public behind the scenes of this pivotal and often opaque institution and to create a 360-degree portrait of our city in the midst of change. We’re thrilled to show the series to audiences for the first time at Sundance," said directors Passon and Brook in a release Tuesday.

Questlove's documentary, playfully titled "Summer Of Soul (… Or, When the Revolution Could Not Be Televised)," will also premiere at the festival. Questlove (birth name Ahmir Thompson) was born in Philly in 1971. The film is his directorial debut.

"Ok—-imma say this in the most un-ahmir way ever. No long gargantuan history lesson...I directed my first movie," said Thompson in an Instagram post. "Sundance thinks it’s special enough to open its festival in January."

"Summer of Soul" is a musical documentary about the 1969 Harlem Cultural Festival, an event sometimes referred to as "Black Woodstock" as it took place during the same "Summer of Love" as the more well-known three-day event in Upstate New York. The film features footage that hasn't been seen for more than 50 years.

The Harlem Cultural Festival was graced by performances from music legends like Stevie Wonder, Nina Simone, Sly and the Family Stone, and many more.

The full festival line-up can be found here.

Tickets for the virtual film festival go on sale Jan. 7. For the most part, audiences will view the festival online. Festival passes will access to the entire event are $350, day passes are $75, and seeing a single screening will cost $15. Information on these prices and additional passes is here.

Select films for Sundance 2021 will be screened at certain movie theaters, including drive-ins, across the country, provided local health and safety guidelines allow it.