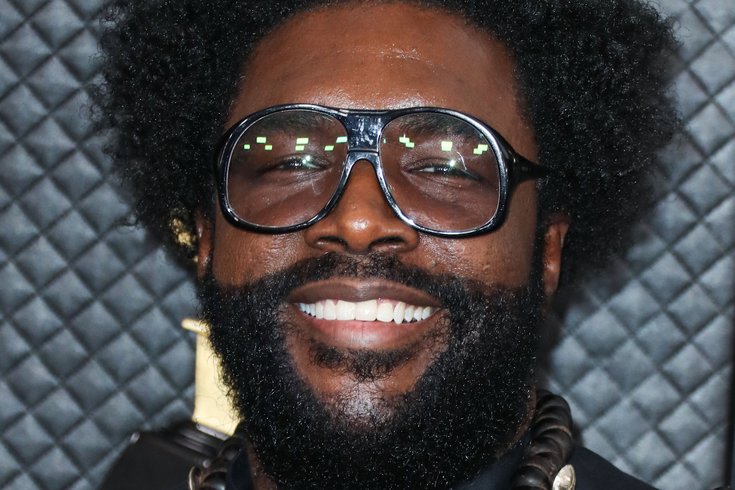 Questlove examines the history and power of the 1969 Harlem Cultural Festival in his debut documentary, 'Summer of Soul (Or, When the Revolution Could Not Be Televised).' The film premiered at the 2021 Sundance Film Festival and won two awards.

Amir "Questlove" Thompson has been a multi-talented force over the past few decades, from his work as drummer of The Roots to his solo career as a DJ and his knack for soul food.

Now the Philadelphia native can add award-winning director to his list of accomplishments.

Questlove, who turned 50 last month, took home two prizes from the 2021 Sundance Film Festival this week for his debut project, "Summer of Soul (...Or, When the Revolution Could Not Be Televised)," an exploration of archival footage from the 1969 Harlem Cultural Festival.

Questlove won the Grand Jury prize and the Audience prize in the nonfiction category of the festival, which was held virtually for the first time in its history from Jan. 28 through Feb. 3.

The 1969 Harlem Cultural Festival spanned from late June through August of 1969, celebrating African-American music and culture with performances from Nina Simone, Stevie Wonder, Sly and the Family Stone, Gladys Knight and The Pips and more. About 300,000 people attended the festival, but its place in history has been obscured by lack of exposure in subsequent decades.

One of the event's producers, Hal Tulchin, filmed hours of footage from the summer series. Most of it never saw the light of day and sat in boxes inside a garage for 50 years, until Questlove was tapped to direct the documentary examining the history surrounding the event. Thompson dedicated the film to Tulchin, who died in 2017.

In an interview with Variety, heard in the video below, Thompson explained that he was daunted at first by the responsibility of bringing light to the Harlem Cultural Festival, which occurred during a time of social upheaval and tension around Black activism. The New York City Police Department famously refused to provide security for a performance by Sly and the Family Stone. Members of the Black Panther Party did so instead.

Thompson admitted that he was unfamiliar with the festival.

"When it was presented to me, one, I didn't believe it in the beginning. Because my ego wouldn’t even let me fathom that you know, the all-knowing music snob Questlove didn't know about something as mammoth as this festival happening," Thompson said. "And then it went from that to, 'Wait a minute, why am I (the) chosen one to tell this story?' This is more than just entertainment; this is history. Why are you trusting a first-time driver behind the wheel?”

Initially, Thompson wanted to call the film "Black Woodstock," a nod to the fact that the festival preceded and later overlapped with the world-famous Woodstock festival in New York in 1969. The title was ultimately changed because Thompson and his team thought it would be a disservice to compare the two, though the documentary points to the forgotten relevance of the Harlem event.

"There's a Black erasure component going on, which really made it more urgent than ever that I tell the story," Thompson said. "I can't think of a better way to have a directorial debut than telling the story of the Harlem Cultural Festival of 1969."

A general release date for the documentary has not yet been revealed.

Questlove celebrated the premiere with a 90-minute DJ set themed around the Summer of Soul.