Fifteen years ago, the group helped make Philadelphia one of the most prominent DIY punk scenes 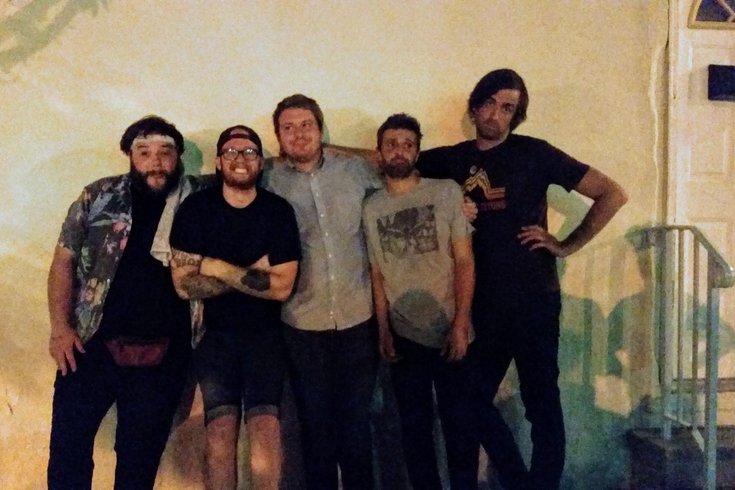 Algernon Cadwallader, an emo band from Yardley, Bucks County, got back together after 10 years. The band's reunion tour will include two concerts at Union Transfer.

Algernon Cadwallader helped put Philadelphia's DIY punk scene on the map, but the Bucks County emo act broke up right before its influence and popularity peaked.

Ten years later, the band is getting back together at the behest of its loyal fanbase and preparing for a nationwide tour. It will include two homecoming shows at Union Transfer on Oct. 22 and Oct. 24. The first already has sold out.

The band was formed in Yardley by a group of high school friends in 2005 and named for the town's first mayor. But it broke up in 2012 after releasing two studio albums – 2008's "Some Kind of Cadwallader" and 2011's "Parrot Flies."

Now, the original lineup is busy relearning its ambitious but youthful catalog of jangly, math rock-influenced punk tracks from the various cover videos that have accumulated on YouTube since the band broke up.

"(I) played a million notes like a jackass and now I have to relearn them all," guitarist Joe Reinhart joked in an interview with Spin. "Who's got tabs?"

But his humility understates the band's influence. Although Algernon didn't garner much attention when it was first active, the group had a big impact on the "emo revival" that took off in the years after its breakup.

Algernon helped repopularize the "Midwest emo" sound pioneered by bands like American Football and Braid in the 1990s, which emphasized emo's indie and math rock influences over the pop punk ones that were most prominent when Algernon formed.

Reinhart's busy style, which made great use of arpeggios, finger tapping, hammer-ons and pull-offs, has been emulated by many guitarists since the band broke up.

The delightfully off-pitch, raspy vocals of frontman and bassist Peter Helmis are another important element of the band's sound.

Algernon's tight, polished rhythm section ties everything together under all the chaos.

The end product was self-indulgent and relentlessly uncommercial, but endearing and surprisingly upbeat for a genre so fundamentally rooted in teen angst.

All of this was undercut by the band's deep-rooted pop sensibility, including its choice in covers. Most emo bands wouldn't be interested in playing tunes by Elvis Costello or the Beatles, but Algernon saw them as primary influences.

The band's most popular track is "Spit Fountain," which was first recorded on the 2009 EP "Fun."

The group's only two studio albums were produced by Reinhart.

This is one way the band manifested it DIY ethic. Algernon also turned down a deal with Jade Tree Records, one of the most influential labels in the early Midwest emo scene, in favor of releasing music on its own label, Hot Green.

The band's early demise is another product of this way of thinking. By 2012, when Algernon broke up, the house shows the group usually played began to feel "gentrified," Helmis told Spin.

This was partly due to the band's influence. Helmis said the musical diversity that defined the DIY scene was replaced by a new crop of bands that mostly utilized Algernon's signature twinkly sound.

But Algernon's broad influence also has led the band to critical acclaim.

When the band's entire catalog was re-released as a self-titled album in honor of the 10th anniversary of "Some Kind" in 2018, Pitchfork gave the band's studio debut an 8.3.

"(It's) an album that treats its songs like secrets they're dying to share," Ian Cohen wrote. "They can barely contain themselves."

Algernon also helped lay the groundwork for Philadelphia and its environs to become an epicenter for punk and indie alongside acts like MewithoutYou, Nothing and Modern Baseball.

Reinhart has remained an important figure in the region's rock sphere. He now plays guitar for Hop Along, another band with Bucks County roots, and has produced albums for Joyce Manor, Prince Daddy & the Hyena and Remo Drive.

He also produced the sole album released by Dogs on Acid, one of Helmis' many post-Algernon projects.