Trailer for 'It's Always Sunny in Philadelphia' promises mayhem for Dee

Season 15 will premiere on FXX with a double-episode special on Dec. 1 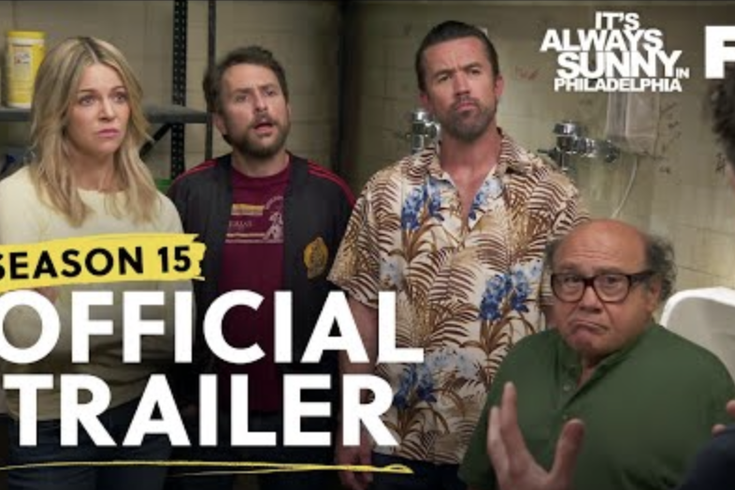 Season 15 of 'It's Always Sunny in Philadelphia' will give the beloved series the record for the longest-running live-action sitcom in American television history. The show will return to FXX with a double-episode premiere on Dec. 1, 2021.

The premiere of "It's Always Sunny in Philadelphia" is only a few weeks away as The Gang reunites for the show's record-breaking 15th season on FXX.

After a hiatus of more than two years, it looks like Dee Reynolds is in for a world of punishment based on a handful of scenes from the official trailer released on Thursday.

The premise of the new season is that the upheaval of the coronavirus pandemic has changed the world — and The Gang needs to adapt if they want to survive. The best solution they can muster is to take their usual shenanigans on a trip to Ireland.

The trailer offers a little bit of puke and a revelation from Frank that he had previous dealings with Jeffrey Epstein, but the most jarring takeaway is that Dee is apparently going to get roughed up. At a minimum, we see her get hit by a car and possibly drown in some sort of lagoon.

There's a lot to look forward to in the eight new episodes ahead, but the most encouraging sign is that the cast and writers are excited for the next phase of the series, which has at least four more seasons planned. Glenn Howerton, who rejoined the writers' room for Season 15, has set high expectations for the new season.

"I think I can honestly say this season of 'Sunny' is probably going to be our best in many years," Howerton said during an appearance earlier this year on "Late Night with Seth Meyers."