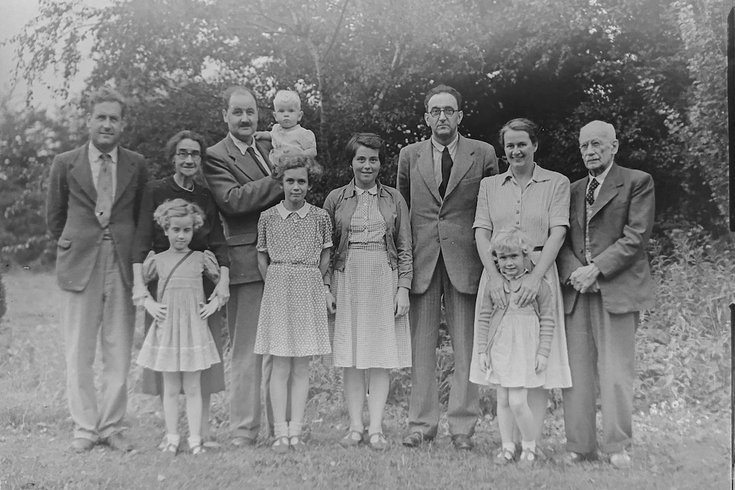 Having a great-grandparent or even a cousin — referred to as “third-degree relatives” — with Alzheimer's disease may raise your own risk of developing the disease, according to new research.

It’s already known that children of Alzheimer’s patients are at higher risk for the disease. But in the new study, people with the progressive neurological disease in their extended family were also at a higher risk compared to those with no family history, according to University of Utah School of Medicine researchers, as reported in the journal Neurology.

“The big picture message is that this reiterates how important and powerful (both close and distant) family history can be for risk prediction,” the study’s lead author, Lisa Cannon-Albright, told Reuters.

In the study, researchers were able to access a very thorough genealogy via the Utah Population Database on families going back to the 1800s. The family histories include Utah death certificates that provide an official cause of death and many include other factors that may have contributed to death, Reuters reported.

In that database, researchers analyzed data from more than 270,000 people who had at least three generations of genealogy connected to the original Utah pioneers including genealogy data for both parents, all four grandparents and at least six of eight great-grandparents. Of those, 4,436 have a death certificate that indicates Alzheimer's disease as a cause of death, according to a news release on the study.

Of the 21 people in the study with four first-degree relatives with Alzheimer's, six had the disease; researchers would have expected only 0.4 people to develop the disease, according to the release.

People who had three or more third-degree relatives — great-grandparents, great-uncles and -aunts and first cousins — with Alzheimer's were 1.43 times as likely as those with no family history to develop the disease, researchers discovered, according to Reuters.

Limitations of the study include that not all individuals dying from Alzheimer's disease may have had a death certificate listing it as cause of death. In fact, the researchers note that death certificates are known to underreport the prevalence of the disease.