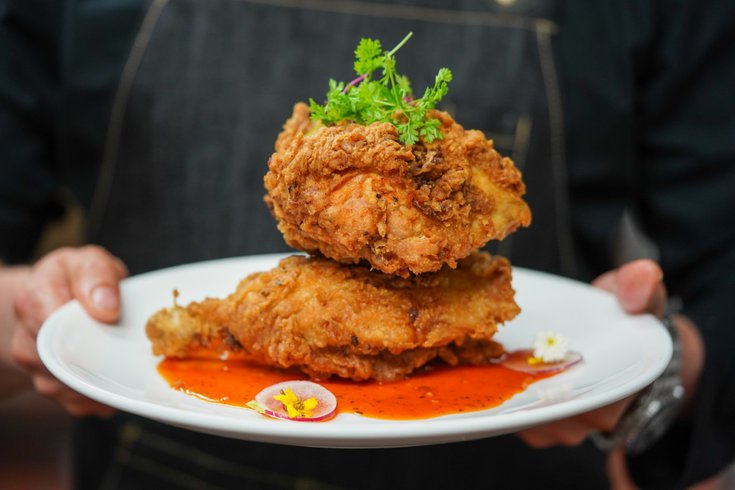 Amina is hosting a 'Fried Chicken & Prosecco' fundraiser every Wednesday through the end of March. It benefits the African American Museum in Philadelphia.

Diners at Amina can eat and drink for a cause every Wednesday through the end of March.

MORE: Watch the '100 greatest films of all time' during year-long series at the Philadelphia Film Center and Bourse

All proceeds from Prosecco sales will go to the African American Museum. The city built the museum, at 104 Chestnut St., in 1976 as part of the United States' bicentennial celebration. It became the first museum funded by a municipality to preserve and exhibit the heritage of African Americans.

"We are a Philadelphia restaurant serving southern cuisine which utilizes African ingredients and themes," Amina owner Felicia Wilson said in a press release. "We were looking for an initiative that could both drive traffic to the restaurant and support an African American cause during one of the slowest times in the restaurant business, so we decided that raising money and awareness for the African American Museum, which is local treasure, was a no-brainer."

For the first time since it opened in May, the restaurant will allow guests to ask for its signature fried chicken to be topped with the Nigerian Hot spices created by Amina's chef/partner Darryl Harmon.