The 2023 screenings lineup, which begins with "Get Out" on Jan. 4, is based on a list released once a decade by Sight and Sound 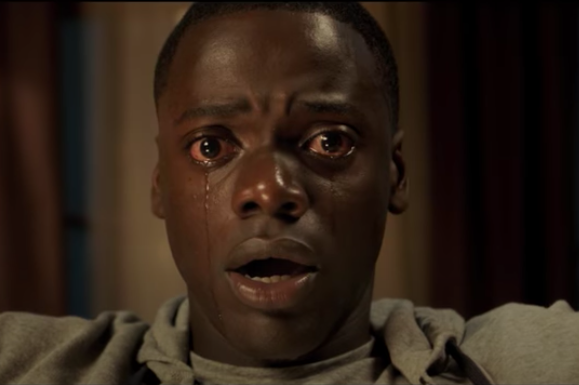 Philadelphia Film Society is hosting a year-long screening series showing every movie ranked on Sight and Sound magazine's "100 Greatest Films of All Time" list. The 2017 film "Get Out" kicks off the series with a showing on Jan. 4.

Every 10 years, the British Film Institute's Sight and Sound magazine releases the results of its prestigious critics' poll on the 100 greatest films of all time. The first list was published in 1952, and the most recent came out this year.

Throughout 2023, film buffs can watch the ranked movies from the 2022 poll in order from last to first, thanks to the "Sight and Sound 100" series hosted by Philadelphia Film Society (PFS).

“Like many film nerds across the globe we have been eagerly anticipating this once in a decade list," Trey Shields, programming manager and senior festival programmer at PFS, said in a release. "We were surprised to see such a shake up in the list that has, in many cases rightfully, remained the same for 50 years ... We thought it would be a fun and crazy endeavor to count down the entire Sight and Sound 100 list."

This year's ranking was Sight and Sound magazine's eighth and its largest ever, with 1,639 participating critics, programmers, curators, archivists and academics submitting their top 10 ballots. It was also full of surprise twists, including several new entries and a new reigning champ. Spoiler alert: the honor went to the 1975 Belgian film "Jeanne Dielman, 23 Quai du Commerce, 1080 Bruxelles," jumping from its previous place at No. 36 in the 2012 poll. Its inclusion marks the first time a woman-directed film has ever topped the Sight & Sound poll; "Jeanne Dielman" was directed by Chantal Akerman.

American classics "Vertigo" and "Citizen Kane," the only other two movies to ever occupy the poll's top spot, followed in second and third place.

So far, the PFS showcase schedule is available through Sunday, March 26, when the No. 75 film, "Spirited Away" (2001), will be shown. Some films in the series, like "Spirited Away," will have multiple screenings.

The series will be hosted at Philadelphia Film Center and the PFS Bourse Theater on a rotating basis. Tickets, currently available to purchase online, cost $14, or $9 for PFS members.