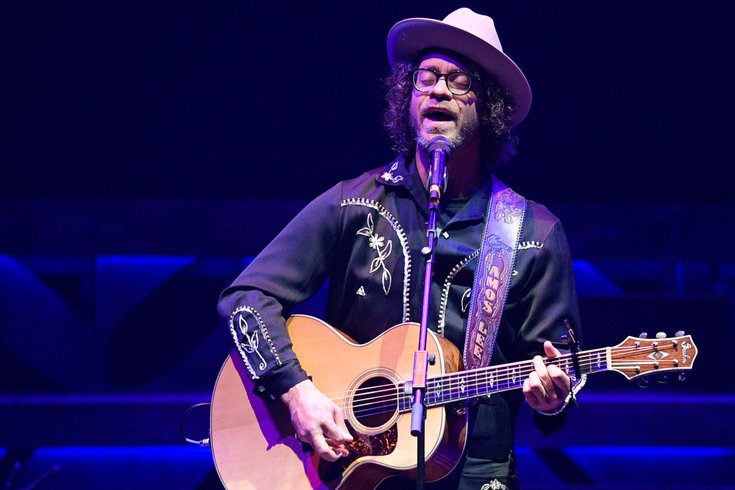 Amos Lee is set to release a tribute album inspired by jazz legend Chet Baker's signature 1954 vocal debut, "Chet Baker Sings." The album, "My Ideal," will be available to stream or purchase on Friday, Nov. 18.

In celebration of the upcoming release of "My Ideal," on Nov. 18, the folk singer released his own rendition of "My Funny Valentine," the jazz standard that has been performed by more than 600 artists since it was first published in 1937. Lee considers Baker his "lifelong musical hero," crediting him with changing his life and trajectory as an artist.

"When you listen to Chet Baker, it sounds like he took a drag on a cigarette and the smoke just came out as a song, but it's so much more than that," Lee said in a press release. "The breath work, the pitch control, the poignancy, the gaiety; the deeper I got inside the music, the more I fell in love with everything about it... it was a revelatory experience. It didn't just change the way I thought about these songs; it changed the way I thought about myself as a singer and a songwriter. It changed everything."
Lee's version of the song is subtitled "For Oskar and Eli," the main characters of the 2008 Swedish horror film "Let The Right One In," which Lee credits as one of his all-time favorite films.

The tribute album, which features other Philly musicians including pianist and trumpeter David Streim, bassist Madison Rast and drummer Anwar Marshall, is meant to remind Lee's longtime fans of the early days of his career playing as an artist on jazz label Blue Note Records.

Lee released his eighth studio album, "Dreamland," in February of this year. In it, the singer explored his experiences with depression and anxiety, much of which was brought on by the COVID-19 pandemic and its impact on the music industry. As part of his promotion for the album, he performed "Invisible Oceans" on "The Late Late Show with James Corden" in October, and began live performances of the album in April.

The lead single of the album, "Worry No More," brings Lee back to his hometown to explore some of the most sentimental places of his childhood, including Starr Garden Park in South Philly.

Lee, who was born Ryan Anthony Massaro in Kensington in 1977, briefly lived in South Philly before moving to Cherry Hill at 11 years old, where he attended and graduated from Cherry Hill High School East. The singer graduated from the University of South Carolina with a degree in English, before becoming interested in music.

After college, he returned to Philly, getting a job as a second grade teacher at the Mary McLeod Bethune School in North Philly and bartending at music venues throughout the city. He spent some time as an opening act for Mose Allison and B.B. King before releasing his self-titled debut in 2005 while on tour with Norah Jones.

Lee took part in WXPN's Musicians on Call program, which brings live music to the bedsides of patients at hospitals throughout the Philadelphia area. Launched in 2004, the program now works with nine medical centers in the region, including Bryn Mawr Hospital in Delaware County.

In 2017, Lee and soul singer Mutlu Onaral performed for staff and patients in the maternity, cardiac and oncology units of the hospital. Lee performed his own song, 2006's "Sweet Pea," for newborns and their parents in the hospital nursery.

In 2013, Lee received a mayoral citation from former Mayor Michael Nutter for his contributions to Philadelphia culture and music, as well as his volunteer efforts with the Musicians on Call program. Nutter also presented Lee with a Liberty Bell award, WXPN reported.

"My Ideal: A Tribute to 'Chet Baker Sings'" will be released on all streaming platforms on Friday, Nov. 18. Until then, check out Lee's cover of "My Funny Valentine" with this lyric video below.