The shows are organized by Joy To The Polls, a nonpartisan group emphasizing the importance of the midterm elections 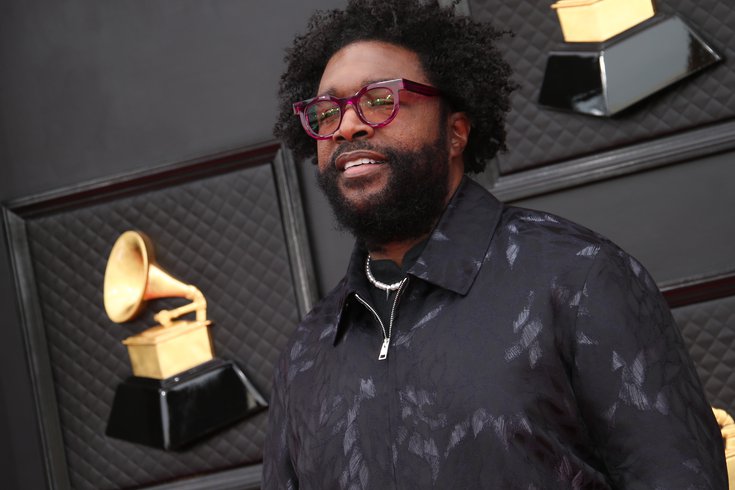 Questlove will put on an Election Day concert outside City Hall in Philadelphia as part of Joy To The Polls, a nonpartisan movement to increase voter turnout. DJ Jazzy Jeff, DJ Diamond Kuts and Cosmo Baker also will put on shows in the city.

Questlove and DJ Jazzy Jeff will put on pop-up concerts at polling places in Philadelphia on Election Day as part of a national effort to encourage voter turnout for the midterm elections.

The shows are port of an initiative dubbed Joy To The Polls, a nonpartisan movement that encourages young people to makes their voices heard by voting. DJ Diamond Kuts, of Power 99, and Cosmo Baker also will perform.

The times and locations of the concerts have not yet been announced, though a Questlove representative told The Inquirer that The Roots drummer will be performing at City Hall at 8 a.m. The Joy To The Polls' Instagram page will provide updates.

On Wednesday, Joy To The Polls released Election Day playlists curated by Black Thought, Beach Bunny, Common and other artists. They are designed to get people pumped up to vote.

Joy To The Polls debuted in Philadelphia during the early voting period in October 2020. It is connected to the Election Defenders, a nonprofit collective that trains volunteers to care for voters, de-escalate conflicts and distribute food and water.

#ElectionDay is a week away and we wanna see you at the polls, #Philly! Make a plan to #VOTE & follow us to hear where we'll be popping up on 11/8 with DJ @questlove, @djjazzyjeff215, @djdiamondkuts, + @cosmobaker, w/ host @daynejordan3d + @pizzatothepolls 🎵🍕#pavotes #midterms pic.twitter.com/y6yS9ShJ4w

"We had a blast in 2020 bringing joy to the polls in Philly and we're so excited to be back to make voting a celebration, with music leading the way," said Ginny Suss, an organizer with Joy To The Polls. "There is so much drop-off for midterm elections and we want to encourage everyone to head out to the polls and make their voice heard."

In 2020, a pop-up performance outside a West Philly polling place by artists associated Joy To The Polls caught the attention of voters waiting in line, who then started dancing along. A video of the scene, which received 7.9 million views on Twitter, helped the group gain traction throughout the country ahead of the 2020 election.

Even former President Barack Obama got in on the fun with Joy To The Polls — releasing his own playlist to encourage voter turnout during the 2020 election. The throwback mix included hits by Stevie Wonder, Bruce Springsteen and Brooks & Dunn.

Also that year, Common performed a pop-up concert in front of City Hall in late October in partnership with a separate voting initiative. He said he was excited to support people who were working to get people registered to vote in the election, which saw the largest turnout in U.S. history.

"We have rampant voter suppression in the U.S.," Nelini Stamp, an organizer and performer for Joy To The Polls, told The Guardian in 2020. "We wanted to figure out a way so while people are outside of the polling station, we can bring them a feeling of safety and a feeling of joy."

Joy To The Polls is returning to Philadelphia to show voters that these midterm races are just as important as the 2020 presidential election was to determining the future of the country, organizers say.

In Pennsylvania, a high-profile race for U.S. Senate between John Fetterman and Dr. Mehmet Oz could shift party control in Congress. And the race to determine the next Pennsylvania governor has implications for the future of abortion rights and election integrity in the state.

Pennsylvania's midterm elections will be held Tuesday, Nov. 8. Polls will be open throughout the state from 7 a.m. until 8 p.m. Registered voters in Philadelphia can find their polling locations by using this searchable tool.

Voters will choose elected officials in federal, state and local races. To find out which candidates will appear on your ballot, check out the Committee of Seventy's personalized sample ballots.