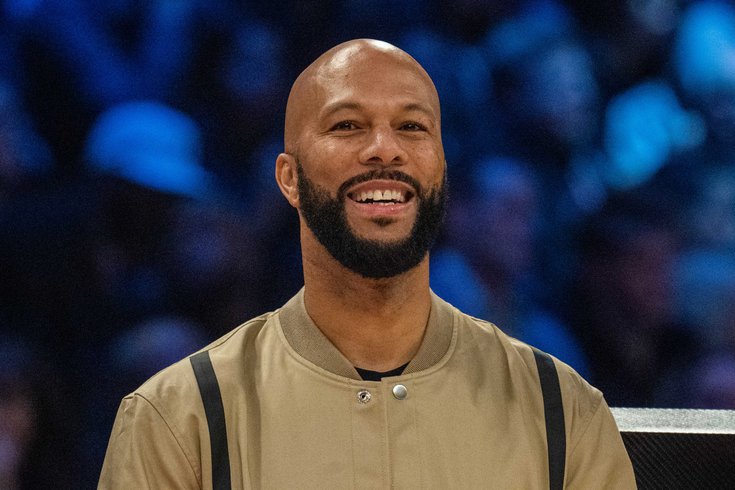 Common performed a socially-distanced, free show outside of City Hall on Friday to encourage Philly residents to vote in the general election.

Philadelphia voters who showed up to City Hall on Friday afternoon to drop-off or complete a mail-in ballot were greeted with a concert by Grammy Award-winning rapper Common.

The 48-year-old hip-hop artist performed a socially-distanced, free show to encourage Philly residents to vote in the Nov. 3 election.

MORE: 2020 Election Guide: Everything you need to know to vote in Pennsylvania

The event was organized in partnership with Collective PAC, The Urban League of Philadelphia, Vote to Live and Project 68.

"Today we get to perform for people who’ve been working to register people to vote," Common told the Inquirer. "It’s an incredible experience for us because we want to give them some joy and support and let them know we value them."

GOD IS GREAT. It’s such a blessing to be performing live for people in the great city of Philadelphia! #Vote pic.twitter.com/nNBG4LV5R3


Performing at a Socially-Distanced Concert in front of Philadelphia City Hall to encourage folks to #Vote! pic.twitter.com/DGMM5HvZ1g

Voters can submit their ballot through the mail, by placing it in an official ballot dropbox or by returning it to the county board of elections office.

The city has 17 satellite election offices, that allow residents to request and submit a mail-in ballot in one visit. Voters also are able to drop off completed ballots.

Pennsylvania's 20 electoral votes could decide the presidential election. A FiveThirtyEight analysis found that the state may be the country's most important swing state.

If President Donald Trump wins Pennsylvania, he has an 84% chance of being re-elected. If Biden is victorious, he has a 96% chance of winning the presidency.

Polling indicates that the race for Pennsylvania could be close. Biden currently leads Trump by an average of 5.1 points in the state, according to Real Clear Politics.

Trump won Pennsylvania by less than 1% over Hillary Clinton in the 2016 presidential election, becoming the first Republican presidential candidate to win the state since George H.W. Bush in 1988.